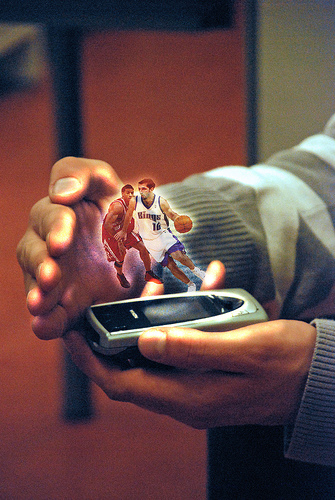 When Germany hosted the 2006 World Cup, people flocked to public parks, arenas, and sporting stadiums worldwide to watch the games on massive screens at public viewing events. If Japan lands its bid for the 2022 Cup, you may be able to go to your local soccer stadium and view real-time 3D hologram displays of tournament games projected full-size on the pitch.

Japan’s bid for the 2022 FIFA World Cup includes an initiative called Universal Fan Fest, a $6 billion plan to treat fans around the world to live 3D telecasts of tournament matches. Four hundred stadiums in 208 countries would provide some 360 million people with live 3D feeds of games played in Japan, where each game would be captured from 360 degrees by 200 HD cameras. 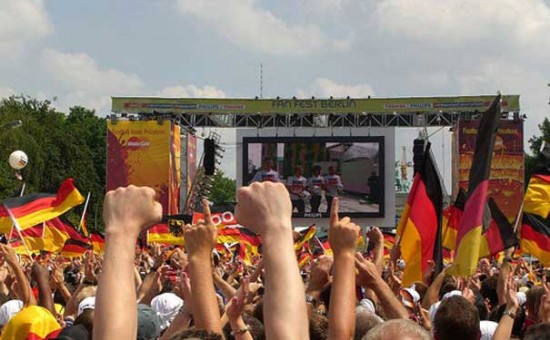 But if the technology has come far enough along by that point, Japan wants to actually project each match onto fields in other nations hologram-style, giving fans the illusion of actually seeing the game live. And just to add a tint of green to the energy-hungry scheme, part of the power for all the necessary equipment would be harvested from the fans themselves as they rock the bleachers by cheering and stomping their feet, as well as from solar arrays.

We’ve got to say, we like this idea for two reasons. Obviously the idea of chalking the dimensions of a soccer pitch over the field at the local stadium and catching some holographic World Cup action live in 3D tickles all of our most sci-fi fancies. 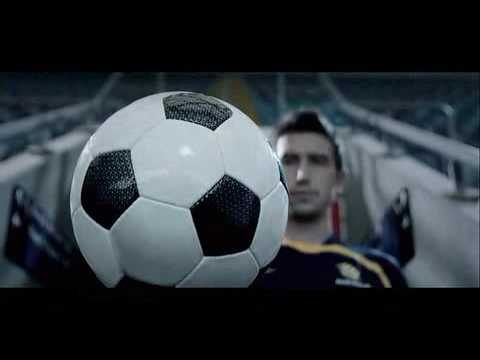 But perhaps even better, by proposing the idea Japan has placed the impetus on itself to develop the necessary technology. A lot of our best 3D technology already comes out of Japan’s consumer electronic giants, so it is certainly the leading candidate to create a functioning setup for this kind of thing. And just like DARPA dangles the carrot in front of private industries to encourage development of technologies that might otherwise rest comfortably on the back burner, Japan has placed the onus on itself to be the first nation to simulcast live games in 3D, projected onto foreign soccer fields.

That means World Cup notwithstanding, the technology to project events live in holographic 3D might be realized sooner rather than later, and that might be an even more tantalizing prospect than actually hosting the Cup. FIFA will decide the home of the 2018 and 2022 tournaments on December 2.

Other countries have also placed their bids for the World Cup. Below is the film that launched Australia’s bid for the 2018 or 2022 FIFA World Cup.

The US 1994 World Cup attendance record has yet be broken.