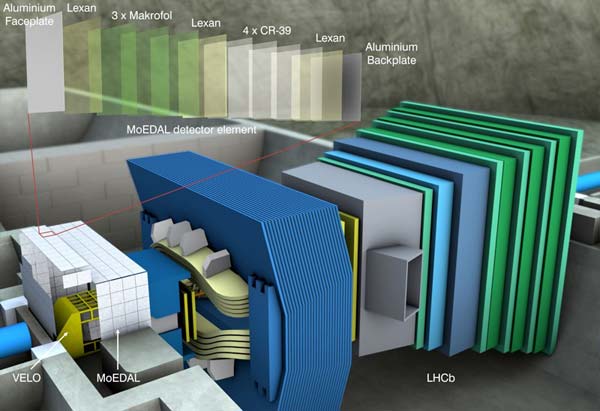 Scientists hope to use the Large Hadron Collider (LHC), the world’s most powerful atom smasher, to create a bizarre magnetic particle completely different from any magnets ever seen.While most magnets have a north and a south pole, the researchers are aiming to find the fabled magnetic monopole particle, which has only one pole. The only place thought powerful enough to create this particle is the recently opened LHC, a 17 mile-long particle accelerator underground near Geneva, Switzerland.

The LHC recently broke its own record for the highest-energy particle collisions ever achieved on Earth, smashing protons together at energies of 7 trillion electron volts. All that energy has to go somewhere, and much of it is transformed into mass, in the form of exotic particles, via Einstein’s famous proclamation that mass and energy are equivalent (E=mc^2). 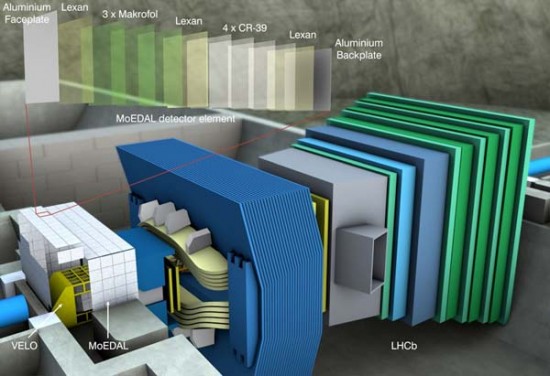 The heavier the particle, the more energy it takes to create it. That’s why scientists need huge machines like the LHC to produce some of the heaviest particles predicted, like the magnetic monopole.”The trouble is, we don’t know the mass of the monopole,” said physicist James Pinfold of theUniversity of Alberta in Canada, a leader of the LHC monopole search. “We know it’s got to be heavy because we would have [otherwise] seen it before. It could even be so heavy that we can’t make it at LHC.”Pinfold and his colleagues are hoping that’s not the case. They’ve already set up parts of their detector, called the MoEDAL Experiment, around one of the collision points in the LHC ring. The detector consists of 400 separate stacks of 10 sheets of plastic arranged around the spot where protons smash together. If one of these collisions produces a monopole particle, the particle will fly away – hopefully – through one of the stacks. If that happens, the monopole is expected to leave behind a tell-tale trail as it kicks out electrons from the atoms in the plastic sheet.

“When the monopole traverses the plastic, it damages the plastic minutely,” Pinfold told LiveScience. “It’s really like a piece of shrapnel going through material and wrecking it, but on a microscopic scale. We look for little holes in each of the 10 sheets of plastic.”Monopoles are predicted by many theories of physics, such as M theory and string theory, among others. Yet scientists have never detected any of these strange particles. Some astronomers suspect that some of the most energetic particles that come streaming toward Earth from space, called cosmic rays, might actually be monopoles, but this has not been proven.If magnetic monopoles exist, they probably formed just after the Big Bang that is thought to have started off our universe. Back then, when all of space was much hotter and denser than it is today, there might have been enough energy to form monopoles, scientists think.”If we discover the monopole we’d have to go right back down to elementary textbooks to change those,” Pinfold said. “It would revolutionize our understanding of physics and of the universe, because these things would have been produced in the early universe. I think it would have implications across the board for fundamental physics.”