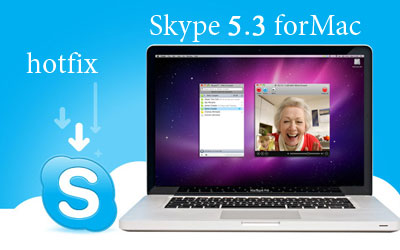 The company, fundamentally due to the issues damaging Skype 5, has increased the frequency at which fixes and feature tweaks are released.

However, if you’re among those that have been affected by the video call crash in Skype, the company has badly failed to come up with something worth downloading or buying to resolve this issue.

The interesting part is that at the time of Skype 5.3 release, sky high claims were made about its compatibility with Mac OS X 10.7 Lion and that the Skype for Mac will not have any problems with the operating system.

Let’s Just Call These Pooches ‘The 12 Dogs Of Christmas’