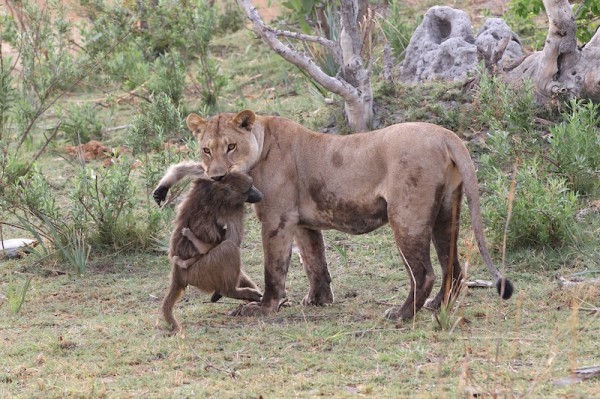 Wildlife interactions can be very unpredictable, even for a professional photographer for the National Geographic.

When photographers Evan Schiller and Lisa Holzwarth went for a drive in Botswana’s Selinda Camp, they saw a big troop of around 30-40 baboons on the run and making a lot of noise. Apparently, there were two large lionesses after them and were even joined later on by two more. It was such a ruckus filled with fearful shrieking by the baboons and the guttural roars of the lionesses.

The surprising part of it was when a baboon braved going down the trees, making a run for it and ended up being snatched up a lioness. Apparently this baboon had a little baby baboon tucked in, and then later on managing to escape away from the mother.

The baby baboon tried to climb a tree, but didn’t have enough energy and strength to do so. 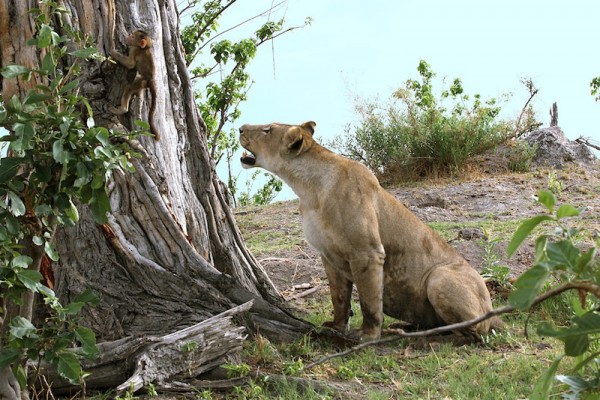 In a very surprising and incredible turn of events, instead of snapping the baby up, the lioness ended up playing with the baby baboon. 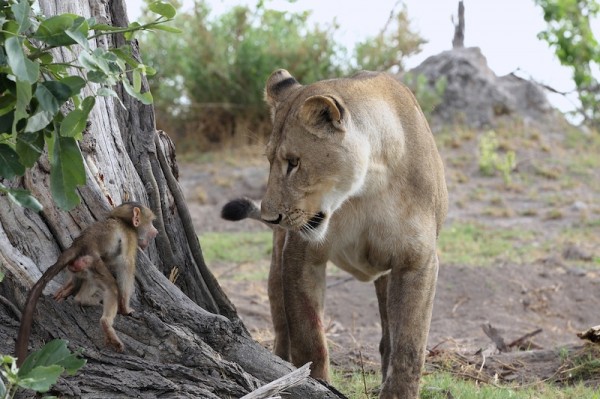 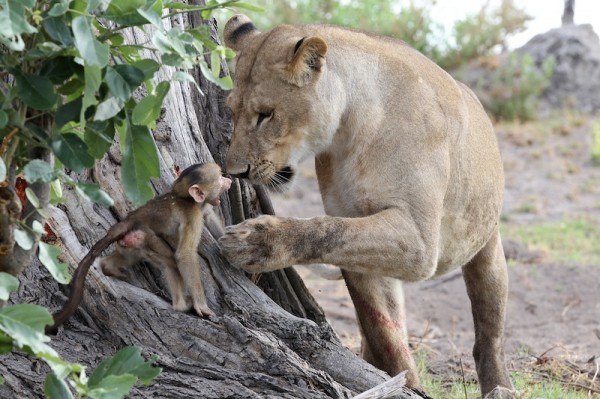 What’s even more shocking was how the baby baboon ended up being cared for by the lioness. The baboon even started to suckle the lioness as though she was the mother. 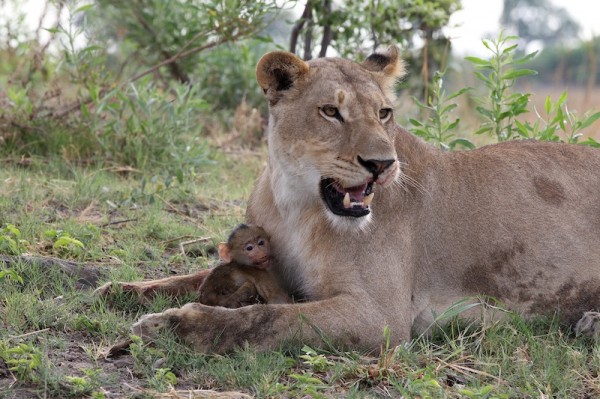 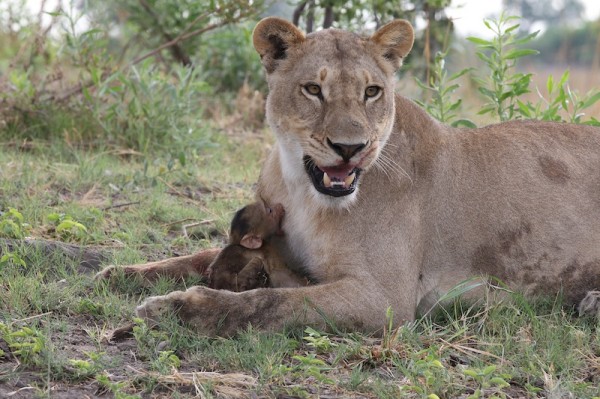 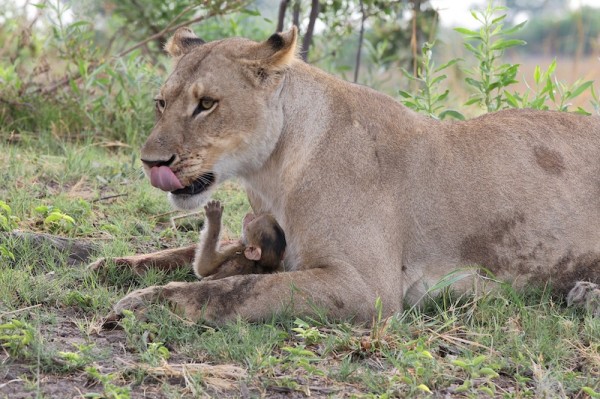 Afterwards, two male lions came on the scene and the lioness defended the baby baboon. Either that, or she was just not in the mood to mate. 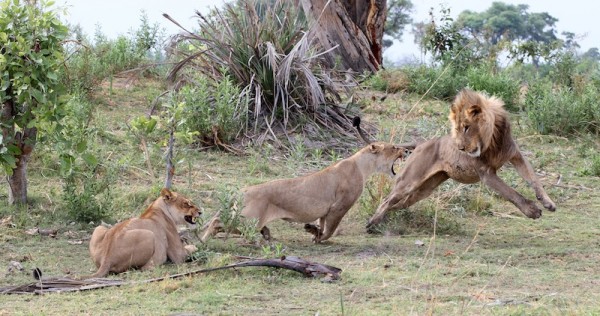 This left the lions all preoccupied, and a male baboon was able to snatch up the baby and go up high in a nearby tree. It appears as though he’s the father of the baby and was hell bent on saving the little one. He tried valiantly to go down the tree from where they were perched on to transfer to another tree with proper shade. After numerous tries with the lions down below, he eventually was able to escape with the baby baboon in tow. All is well… quite amazing, isn’t it? 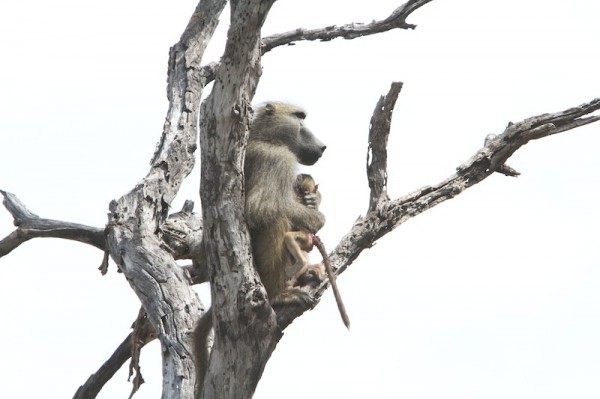 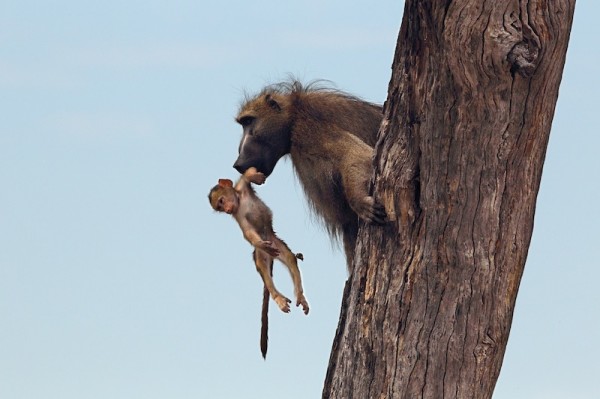