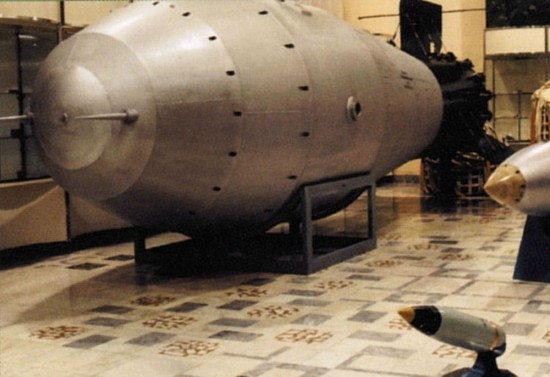 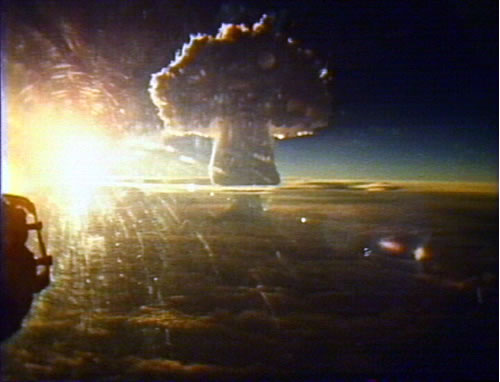 Soviet Union became the 2nd nation to detonate a nuclear bomb in 1949. Till 1990, Russia carried out atleast 715 nuclear tests involving 969 nuclear devices. “Joe-1” was the name of the first Soviet nuclear explosion. It had a yield of 22 Kilotons.

The “Tsar bomb” (pictured above), by far the heaviest nuclear bomb of all time was also tested by Russia in 1967. It had a yield of whopping 57,000 kilotons. Tsar was originally designed to have a yield of 100,000 kilotons, but was reduced to 57,000 kilotons due to fear of excessive radioactive fallout

The 2nd largest nuclear bomb in terms of yield was the Castle Bravo, detonated in 1954 by the US; it had a yield of 15,000 Kilotons. 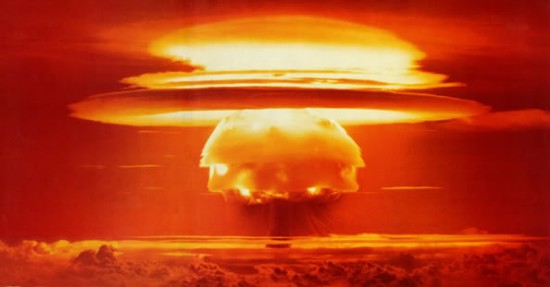 US has carried out a total of 1,054 nuclear tests and possesses missiles with ranges upto 13,000 km. US’s first test, “Trinity”, in 1945, was also the world’s first explosion of its kind which introduced the world to a new type of menace, which ultimately every nation on earth will pursue. One of the world’s greatest scientist, Albert Einstein, was the one who urged President Franklin Roosevelt to build a nuclear bomb; inventors became the destructors.

Today, more than 20 facilities operate in the US which contribute to its nuclear program. Interestingly enough, US has accidently dropped many nuclear weapons which thankfully didn’t turn into an ugly affair, for example near Atlantic City, New Jersey in 1957, near Thule Air Base, Greenland in 1968, Savannah, Georgia in 1958,  Goldsboro, North Carolina in 1961, in the sea near Palomares, Spain in 1966 and off the coast of Okinawa in 1965.

L115A3 Sniper Gun that Can Kill over a Mile