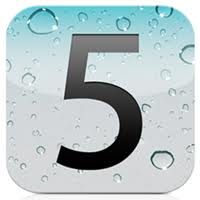 Apple has introduced iOS 5 beta 4 that has ability to support wireless iTunes sync for devices that runs latest beta firmware along with the latest pre-release iTunes 10.5 beta available on Windows operating system. These devices include iPad, iPhone and iPod touch.

News about the release came from Apple itself on 6th June 2011. One amazing feature that has been added into it is wireless sync between iOS devices. Moreover, it can run between iTunes and iOS 5 on both operating systems: Windows and Mac.

When beta iOS 5 firmware released, it was cleared that wireless sync was only support to beta iTunes. iOS beta 4 has come with slight changes to improve faults that you faced in iOS 5 beta firmware. By using iPhone iOS 5 beta, you can do wireless sync of iPad, iPhone and iPod touch with iTunes for Windows operating system.

You can get iOS 5 beta 4 wireless sync for Windows and Mac X 10.6.8 or Mac Lion. Connect your iOS device to ITunes with the help of USB cable then wireless sync option will appear. It is better if you do sync firstly after restoring the device.

Keep in mind, your device and PC both must be on same Wi-Fi network. Another thing that you should know, old iTunes beta does not support the new iOS beta firmware for all iOS devices. Moreover, synchronizing your device that is using iOS 5 beta 4 with any old version of iTunes beta is not possible.  For that purpose you need to have iTunes 10.5 beta 4.

10 Perplexing Things That Kids Cry Over