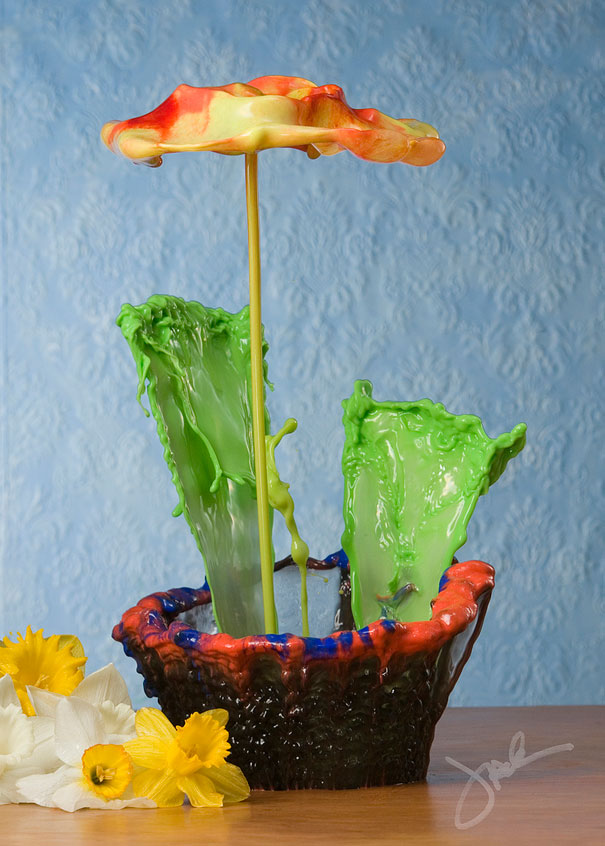 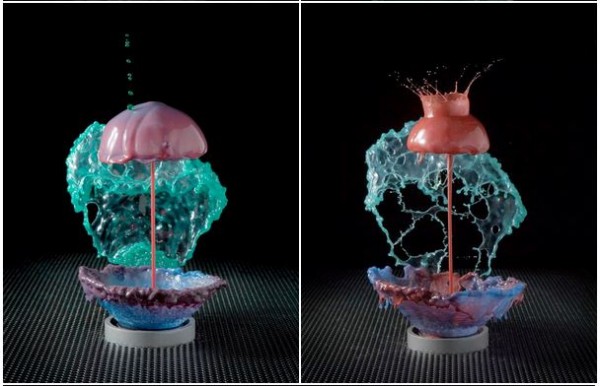 Artists worldwide have gained success in taking art to a whole new level. They have begun to use even trashed items in their environment to create some of the most beautiful and unique pieces. While some have carved into objects such as leaves, and others have taken even created chocolate shaped like lego pieces, this artist used a mixture water, thickener, pigment and dye to created liquid flower splashes. 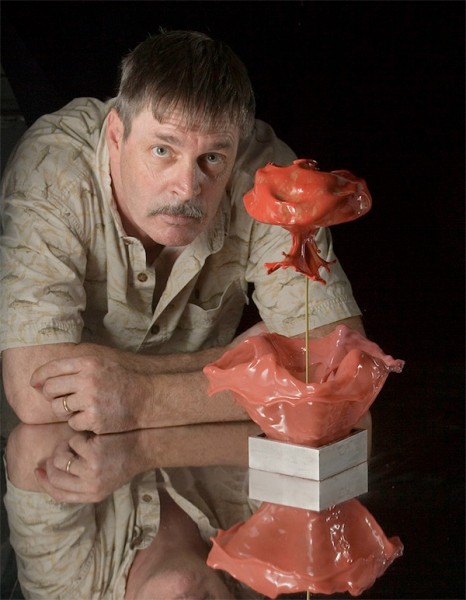 Milwaukee-based photographer Jack Long explained that each image of his liquid art pieces were captured in-camera using high-speed photography and without any digital manipulation. The composition he calls “fluid suspensions” were first created in Autumn 2011 when he started with working on flower vases. He then undertook creating the flowers and leaves in Winter. By Spring 2012, everything was completed and captured on one go to create the stunning images. 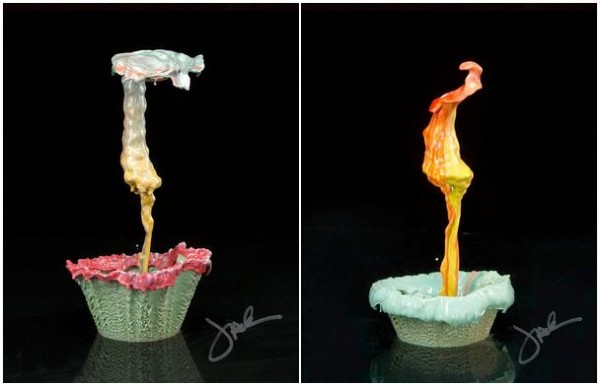 “Wanted to advance my fluid suspension/high speed photography to a higher level. I created the liquid Vase in the autumn of 2011. I worked on creating the floral forms and leaves through the winter and put it all together Spring 2012. All of my images, unless otherwise noted are single capture events. I do not use Photoshop to create composited images. What you see is what occurred in that single exposure.” the 53-year-old artist said. 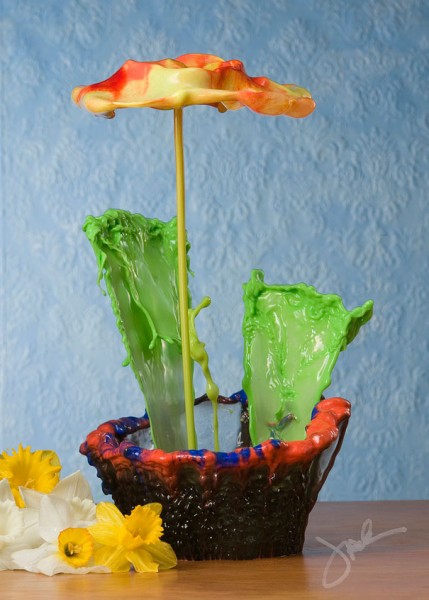 When the art piece series called “Vessels and Blooms” was unveiled in Spring 2012, it went viral and he then began to experiment more with abstract floral forms.

The shapes of the flowers and vases are formed when the mixture is squirted into the air and allowed to fall. Each shot is said to take a hundred tests, and weeks of planning. 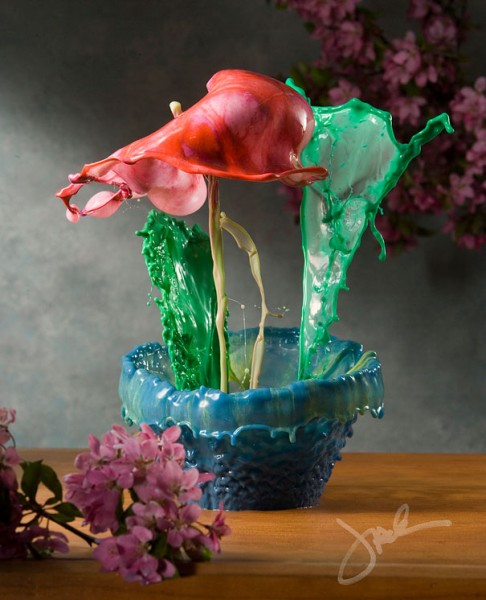 Unfortunately, the gorgeous “Vessel and Bloom” water splash flowers series cannot be found for sale in any flower store. 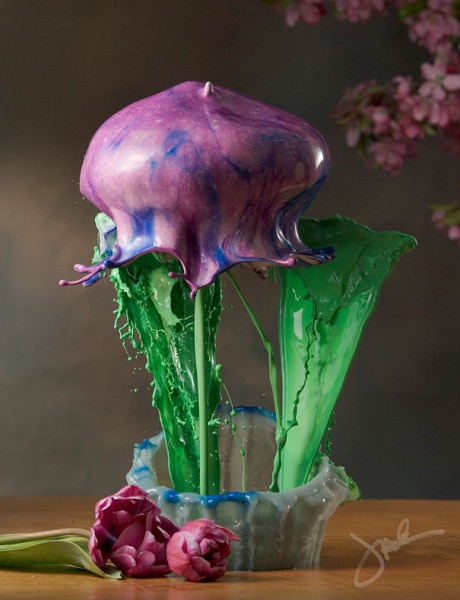 German Artist Proves That Dogs Are Just as Photogenic as Humans