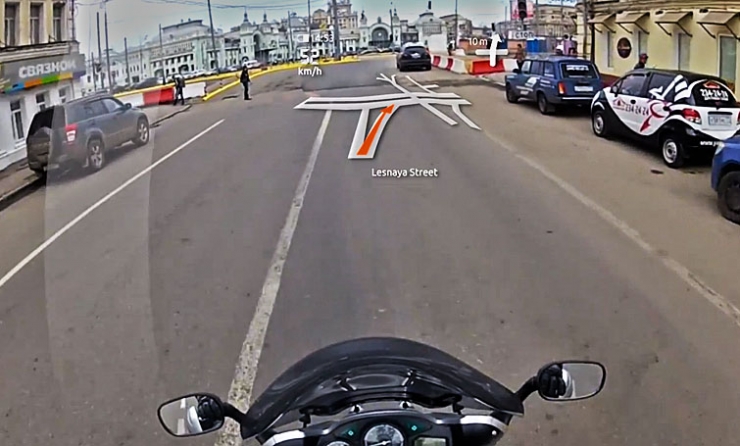 Ok so how many of you like the Google glass concept? If you love motorcycling and are among those geeks who adore technology, then there is something related to Google glass coming your way soon. A group of tech-,veterans from Russia have announced plans to begin selling what they call the LiveMap. Well, the LiveMap is actually a motorcycle helmet which will display maps and your vehicle speed on the helmet’s transparent visor.

LiveMap runs on Android platform and it will work using voice command and no internet connection is required unless you just want to update the device software. The helmet’s display system will automatically adjust itself for day and night viewing. It will also contain a gyroscope allowing maps imagery to tilt according to the viewing angle of wearer. Despite the fact that the helmet will be running on Android, creators intend it to be a targeted use device, so that mean no games and no videos for it. The helmet is scheduled to start shipping by August 2014 for $2,000 each. However the early supporters of project on Indiegogo are being rewarded with $1,500 price.

Check out the video below to get an idea about this helmet.