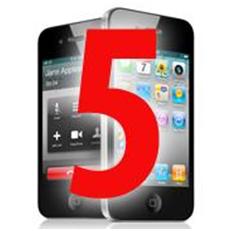 Apple is a rapidly growing company that has made its name into market within no time. No doubt, it has released marvelous phone devices to get user’s trust. Now you can take the whole PC in small pocket size device all the time.

Apple has given different versions of iPhone device. Its latest release was iPhone 4 and now news is coming about iPhone 5. Apple is ready to throw iPhone 5 into market. From one resource, it revealed that Apple has called two camera suppliers for new generation iPhone device.

It is not too shocking news that Apple hired these companies as they already have worked on iPhone 4 camera modules that was based on 5 megapixel. Moreover, rumors also said that now the Companies will work on 8 megapixel camera that will be added in new generation iPhone 5.

Well! If the news is correct then it is good for Apple as well as these two Companies who gained 27.5 percent market share. If they agree for next iPhone then most probably they will get share even higher than this.

Enabling Private Browsing on iPad & iPhone with Safari in iOS 5