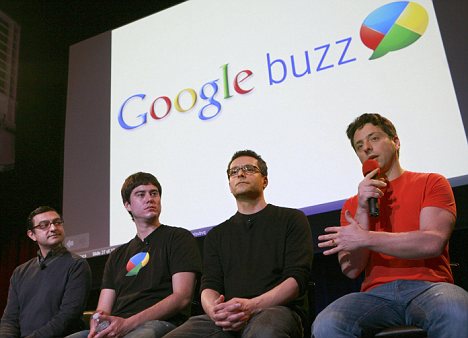 Google announced some changes to Google Buzz late Thursday that show it has belatedly recognized the backlash over privacy concerns with the new service.

Early users of Google Buzz have found the settings very complicated, especially the ones that pertain to privacy. In a blog post Thursday, Google said it built privacy controls into Google Buzz from Day 1 but acknowledged the most strident criticism–that Google made if difficult to make one’s list of followers private–in tweaking the set-up process for the new social-networking service.

“… we heard from people that the checkbox for choosing not to display this information was too hard to find, and based on this feedback, we’ve changed the notice to make it very clear,” the company said on its Gmail blog. “We will roll these changes out to all Gmail users later today.”

Google will now ask Buzz users “How do you want to be seen to others?” when they log into the service for the first time. The default option will be “Show the list of the people I’m following and the list of people following me on my public profile,” but that box can be unchecked and the option is much easier to find than the convoluted process that was required to hide that list prior to the update.

As noted earlier, Google has also made it easier to block people from following their Buzz updates, which it confirmed in Thursday’s announcement. It has also tweaked the list of those following a user to distinguish between Buzz users who have created public Google Profiles and those who haven’t, which was one of the problems with the earlier method for blocking people: Buzz users could only block people with public Google Profiles. As a result, people without Google Profiles who were automatically added to your Google Buzz followers will not appear in the public list of those followers, should you choose to make that list public.

The privacy backlash certainly hurt the perception of Google and Google Buzz during the first week of the service. Those already skeptical of Google’s insatiable thirst for data and its attitudes toward privacy could not help but see Google’s decisions on the controls for Buzz profiles as a way of tricking people into generating public content.

And users who otherwise did like the service, and didn’t have a problem putting their thoughts out to the public, were nonetheless taken aback that Google assumed that the most frequent people emailed from their Gmail accounts would be the same people with whom those users would want to share Buzz updates. Not to mention the fact that the setting could easily expose sensitive data to the outside world before the Web page to change the setting could be found.

Google has not yet added Google Buzz to its Privacy Dashboard, which could go a long way toward satisfying some privacy concerns by making it very clear where and how Buzz information is being shared with Google and the public. A Google representative said the company planned to make that addition at some point, but couldn’t share a timetable.