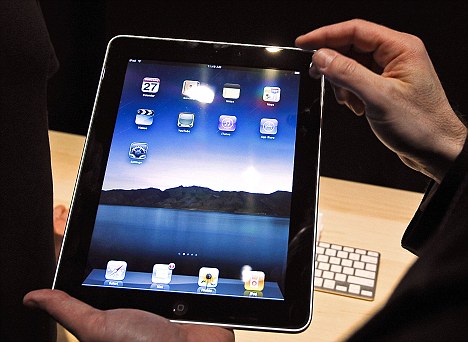 The iPad has a lot going for it, but is also a big disappointment in many ways. Almost no product could have lived up to the insane hype leading up to Steve Jobs’s announcement, but the iPad certainly could have had more groundbreaking features. If Apple really wants to change the world with the iPad and popularize a whole new computing category, they may need to do better. If the iPad had the following features, it would have blown us away.

There’s no multitasking in the OS at all, and not even multiple active web pages in Safari. You can’t listen to Pandora while you surf the Web, or switch back and forth between Facebook at Twitter, or write a document in Pages while talking on a VOIP call.

For better or worse, it’s just not the real Web without support for Adobe Flash. We want to watch Hulu on the iPad. It’s sort-of okay on a small phone-sized device, but it’s not okay on a 9.7 inch screen.

We don’t expect people to hold up a big slate to take pictures with a back-facing camera, though some augmented reality apps might be neat on the larger screen. What the iPad is really lacking is a front-facing camera and video chat. A device like this would be perfect for such an application. With a front-facing camera, the iPad could be the perfect device for filming and editing personal YouTube videos (you could even see yourself in-frame as you record).

Docks with keyboards are one thing, but Apple missed out on the perfect opportunity to introduce iFashion with the iPants – pants with pockets big enough for your iPad. 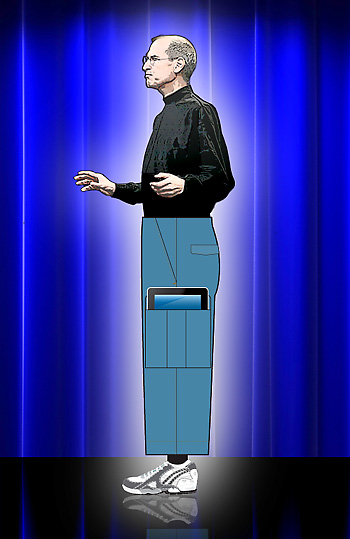 Video support is very similar to what you find on the iPhone and iPod Touch – limited to 720p H.264 Main Profile. There should be support for Advanced Profile video, and while we’re at it, a mini HDMI port to push video to our HDTVs.

The 4:3 aspect ratio is convenient for using iPhone apps in full screen mode, but it’s less desirable for media. From YouTube videos to TV shows to movies, the world is rapidly shifting exclusively to widescreen formats, and those black bars are getting real old, real fast.

If your computer with my iTunes account associated with it is on my local network, there’s no reason you shouldn’t be able to sync your iPad over Wi-Fi. With the 802.11n networking, it would even be pretty fast. If Microsoft can do it with the Zune, why can’t Apple?

A soft keyboard is one thing, but it’s still not good enough to touch-type on. On a tablet sized device, people sometimes just want to jot down a note or two. Sometimes, writing by hand is simply more convenient.

The interface is basically a slightly modified, scaled-up version of the iPhone interface. That’s nice and familiar, but it doesn’t make the best use of the bigger screen. We wanted something more, perhaps with pertinent info from Twitter, Facebook, Feeds, Weather, Email, and more pushed to the home screen.

Clearly, Apple expects us to not just consume on the iPad, but create. iWork has been ported to the platform, and the art application Brushes was prominently featured in Jobs’s presentation. There should be a folder where I can access my documents and images, drag them to and from my desktop, and save documents from the Web (or services like Dropbox).

The iBook store seems like a great start for books, but many were expecting the iPad to save the newspaper and magazine publishers, and there’s just nothing there. Where are the newspaper and magazine publishers in the iBook store? The world’s publishing companies aren’t all going to release their own apps like The New York Times, and frankly, we don’t want separate apps to read all our periodicals.

Nobody expects an Apple product to be truly “open” – that’s like expecting the Pope to endorse Hinduism – but Apple missed some opportunities to make this device a little better at working together outside of the Apple ecosystem. Will ePub format books from stores other than iBook appear on your bookshelf? Will Google Voice get to publish a real app for the iPad? Why are all the cool Photo features related to location and tagging reliant on iPhoto (and thus, a Mac) instead of working with existing photo metadata? But hey, kudos to Apple for selling the devices with 3G unlocked and letting you use any carrier willing to give you a GSM micro SIM card.