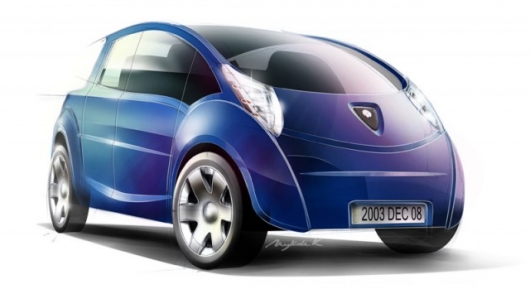 Guy Negre is a former Formula One motor racingengineer who has turned his attention to buildingclean cars. The Frenchman is the father of the Air Car, a car that runs on compressed air and could revolutionize the auto industry.

If a car that runs on air sounds like a pipe dream that could never reach mass production, think again. In India, Tata Motors has already signed an agreement to begin building the cars, and pre-production begins in 2008. In the U.S., Zero Pollution Motors has an agreement to build theAir Car. ZPM started taking orders in 2008 for delivery of cars in 2010. According to the ZPM website, the US version of the car will have a maximum speed of 96 mph, a range of 848 miles, and get the equivalent of 106 mpg. Zero Pollution Motors currently estimates the car will sell for $17,800.

If it lives up to its promise, the car could become popular with anyone looking for better fuel mileage and less pollution. Since the Air Car runs on compressed air stored in tanks like scuba divers use, it emits only air at speeds less than 35 mph. And the air expelled from the tail pipe is actually cleaner than the air used to fill the tank, according to the ZPM website. “This is because before compression, the air is run through carbon filters to eliminate dirt, dust, humidity, and other urban air impurities that could hamper the engine’s performance,” the site says.

This car can run 200km without polluting the atmosphere and the best thing is you can fill her up for just $1.50’s worth of compressed air.