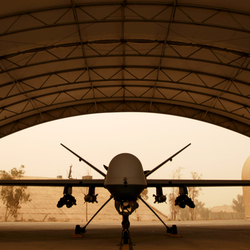 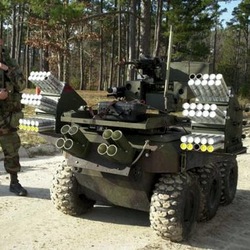 The US Marine Corps’ newest recruit looks like it rolled straight out of a movie. Bristling with weapons and sensors, the Gladiator Tactical Unmanned Ground Vehicle is built to go wherever there are boots on the ground replace them with wheels when it’s too dangerous. The unit is capable of scouting, surveilling, or assaulting targets, as well as providing cover as well as ammunition and supplies for nearby marines. A key function is to carry out the mission in the event of a nuclear, biological, or chemical (NBC) attack. Basically, it’s smaller than the original Mini Cooper, and carries enough mortar tubes to level a building a quarter-mile away while simultaneously laying down ground fire with a mounted machine-gun. 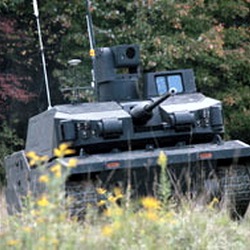 The Black Knight is currently in development and testing stages, with plans to replace its non-roboticized base-model, the venerable Bradley Fighting Vehicle. The Bradley’s fighting prowess was well proved in Iraq on several occasions, as well as other hotspots around the globe, and now there is a robotic version of it. A tank-sized robot capable of autonomous navigation and rudimentary targeting of its 25 mm chain-gun is not something anyone would want to confront, ever. That’s exactly what this beast is, and with the capacity to mount pods of TOW (anti-tank) and Stinger (anti-aircraft) missiles, this vehicle is as survivable as it is lethal.