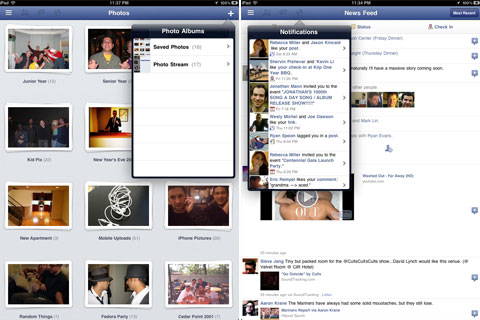 MG Siegler said that he accessed new iPhone app with the help of Facebook iPhone code. Well! It is not confirmed that what features Apple has added into new iPad application but he revealed some of its details on design and interface.

According to Mr. Siegler, new Facebook iPad application is really a wonderful device. It offers menu system located in left side that you have not seen in Company’s official iPhone application. It is full large screen app that is available on Apple tablet.

From above description, we can expect for new official facebook iPad in coming few months but still it is unclear that the news are correct or wrong. Company knows well what it is going to release in coming weeks.

Founder of facebook and chief executive said recently that the Company has planned to release new products in coming days. This statement also gives us a hope that iPad app would be one of them.

Roll it Up – The Flexible Future Laptop