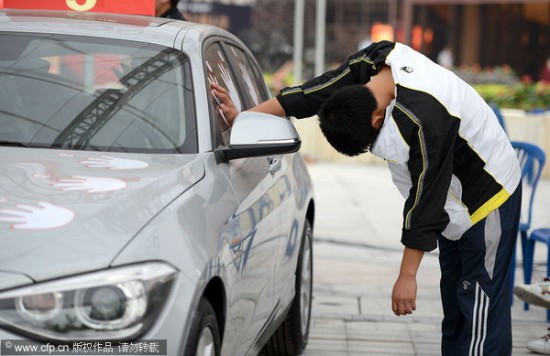 The competition named “Who Can Keep Their Hand on the BMW” started as a promotional advertisement of BMW in china.  120 participants, between age of 18 to 40 entered the competition. Organizers brought out a palm shaped sticker and glued them at different places of car. The participants were to keep their hands on those stickers and the one keeping it longest was to be declared “The Winner”. Participants were given break for 15 minutes after every hour, in which they could go to toilet or eat something.

From the description of it, it sounds like an easy competition but not after you look at the pictures.  One of the participants quit just after a few hours, while another couldn’t take much long since his leg was swollen. Even some were carried home by their girlfriends. Mr Song Changjiang from Chengdu,  China won the battle by keeping his hand glued to the car for more than 87 hours.  But “crazy” does not end here. The winner didn’t actually win the car, he only won test drive of car for next 5 years.

If you ask us, the company should have given the car to Mr Changjiang, after this much of effort and enduring torture. What was the most bizarre competition, you have ever been a part of? Let us know in comments. 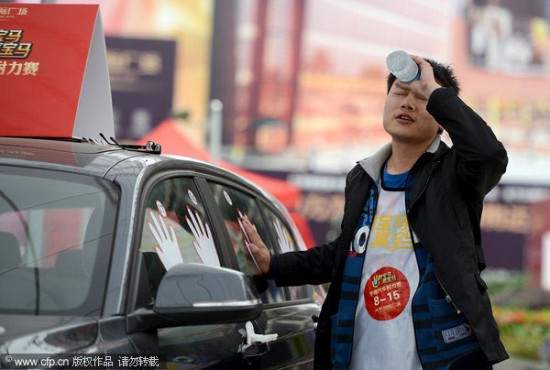 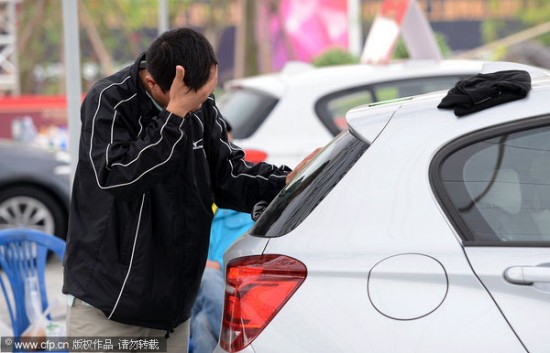 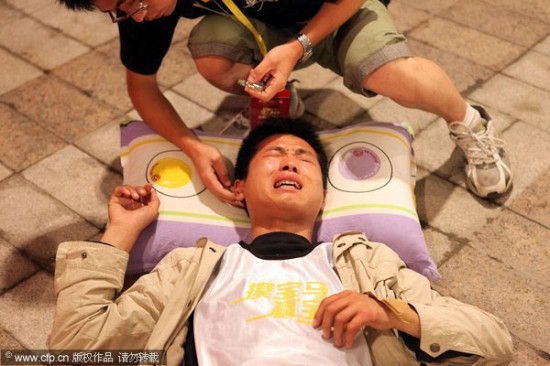 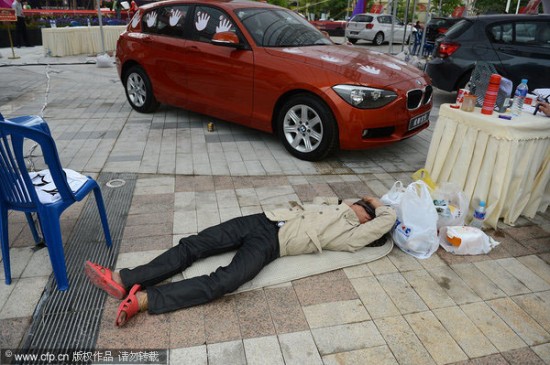 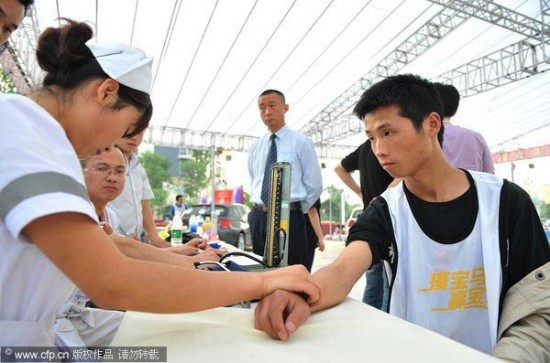 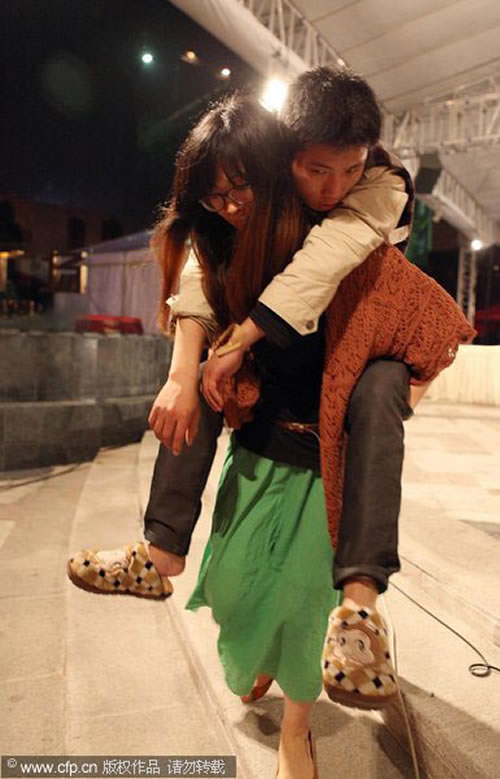 Cigarette Carpet Made From Half A Million Cigarettes