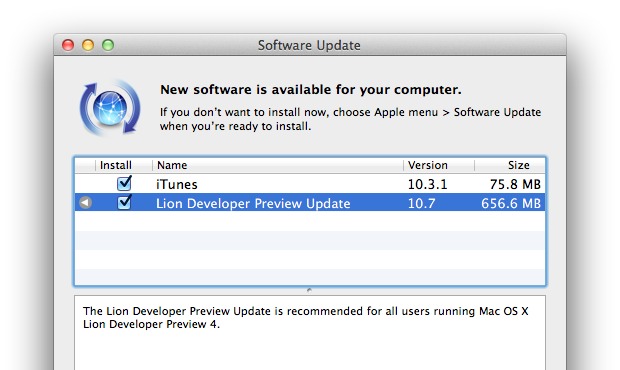 The update is expected to focus on bug fixes, but you’ll notice that there is a restyled login screen, showing the Apple logo over the linen background wallpaper that is seen otherwise in Lion.

This version of the login screen was shown for a very short time at WWDC when Phil Schiller logged into OS X.

Gradually, Apple is stepping closer to the scheduled release of Lion in July, when it will cost $29.99 as a download through the Mac App Store.