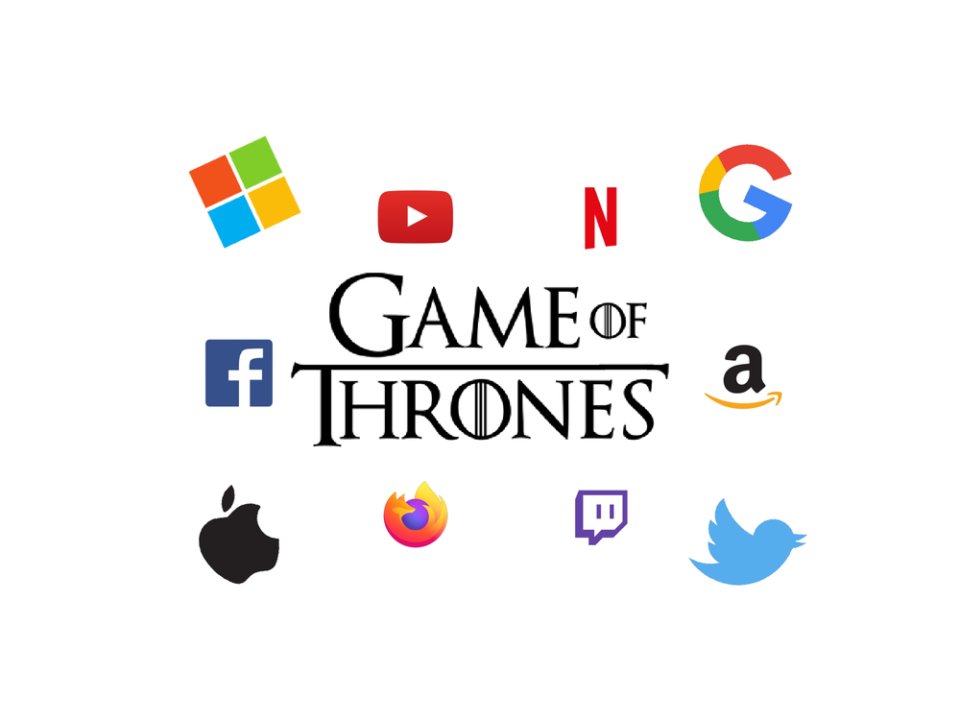 We get it, HBO’s Game of Thrones ended with a distinct dragon-lady-bad note. Ham-fisted symbolism and rationalizing plot points that don’t make sense aside, we still have undying admiration for the world-building of George RR Martin. Straight up, we love the world of Westeros and with our love of technology and an editor’s deadline looming, we thought this was a great idea.

So in recognition of the world of Westeros and the larger Planetos* (*NOT the last few seasons of the show, geezuskrist) and in preparation for next year’s release of Winds of Winter (yeah, right) we’d like to share this stupid ongoing-nerd-tastic-debate in our office break room.

So we give you: If Game of Thrones houses were tech companies, the Game of Tech Thrones

House motto: A Lannister always pays his debts (except when they don’t)

House sigil: Golden lion on a field of crimson

Good or bad, Microsoft is big enough and rich enough to attack any endeavor the tech-world throws at it. Just like Lan the Clever somehow finagle Casterly Rock, Bill Gates somehow finagled an operating system from Xerox (just like Steve Jobs) and has been enjoying sitting on the gold mine that is the most dominant consumer operating system in the world. They also have a AAA bond rating, just to round this metaphor out here. 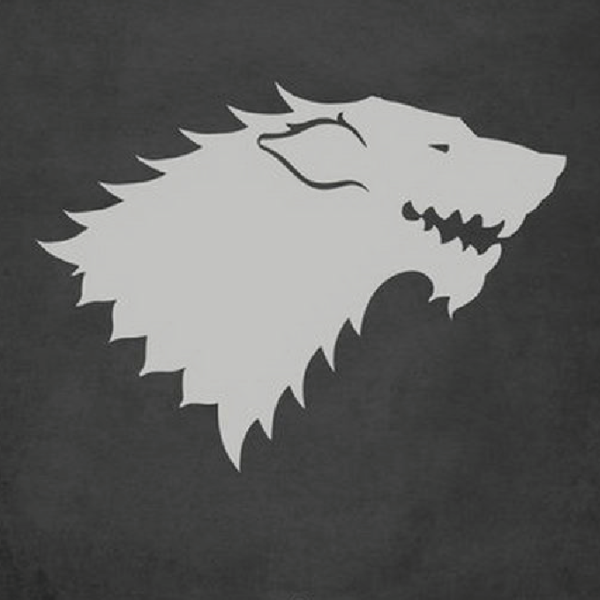 House motto: Kings of the Norf!

House sigil: A running grey direwolf on an ice-white field

For anyone or entity with Twitter, it’s only a matter of time till something or some tweet sets off an onslaught of harsh attacks onto your account. It’s known as the catch Twitter2. You have to have a Twitter account, but you’ll inevitably get embroiled in a Twitter-avalanche burying you in metaphorical snow. Winter is always coming for you twitterers, it’s not a warning, it’s a battle cry. Be like the Starks and the dumpster fire of Twitter and just embrace the cold.

House sigil: A gold spear piercing a red sun on an orange field

While other houses were forced under Targaryan rule, house Martell joined through marriage. Google could have just stuck to search ads and still be one of the richest companies in the world, but like the Dornish they chose to participate in the Game of Tech Thrones. And also like the Dornish, they have a master plan that is somewhat convoluted and the execution is questionable. You have Quintyn in Essos who may or may not be dragon BBQ (#QuintynLives), the Brave Companions in Westeros who may or may not be double agents for/against the Lannisters, and Oberon who may or may not have an open casket (probably not). We’re sure Google and the Dornish have a master plan cooking, sometimes it’s just hard to see what the hell it is. 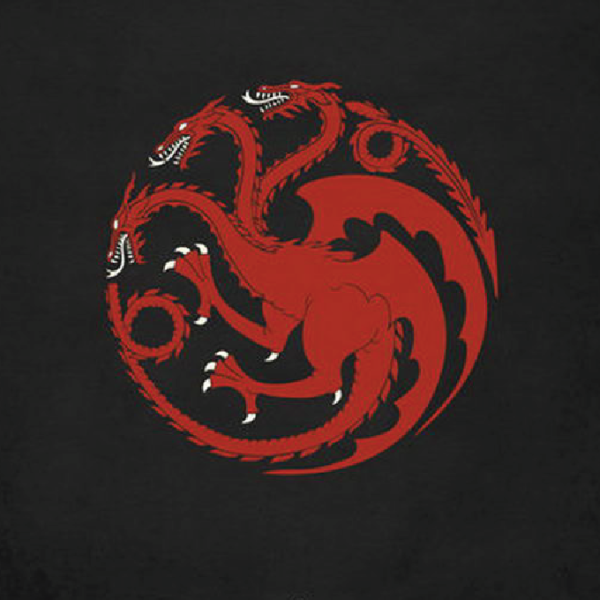 Once the mighty rulers of Westeros (the consumer tech industry), the Targarians (Apple) were unseated from their throne and banished across the narrow sea. But just as they once rose to power with fire and blood on the backs of their 3 dragons (stealing Xerox’s UI, superior marketing, and Steve Jobs), they have returned to prominence with a vengeance with 3 new dragons (services revenue, Apple Silicon, & the ghost of Steve Jobs).

House motto: A river runs through it

House sigil: A leaping silver trout on a field of blue and mud red

Mozilla, it could be argued (look, I’m doing so right now), is perhaps the only major web player that isn’t explicitly trying to wring its users for every cent and usable/sellable datapoint. From its open-sourced beginnings to its non-profit Mozilla organization, like house Tully, Firefox hasn’t lost sight of some of the high-minded foundations of the internet. And while we have nothing but admiration for them for that, we don’t see house Tully or Firefox as the likely winner of the Game of Tech Thrones.

House sigil: A golden rose, on a green field

Just like the rich farmlands of Reach is for Westeros, Facebook is the breadbasket for advertisers. Sure Google has the search ads on lock, but if you’re looking for juicy intrusive data points to sculpt ads around, Facebook is the place. With the #1 and #2 social network, it’s hard to match the bounty of unscrupulous data collection from the Zuckster and co. The Reach feeds people’s bellies, Facebook feeds people’s neuroticism – both needs we all have. 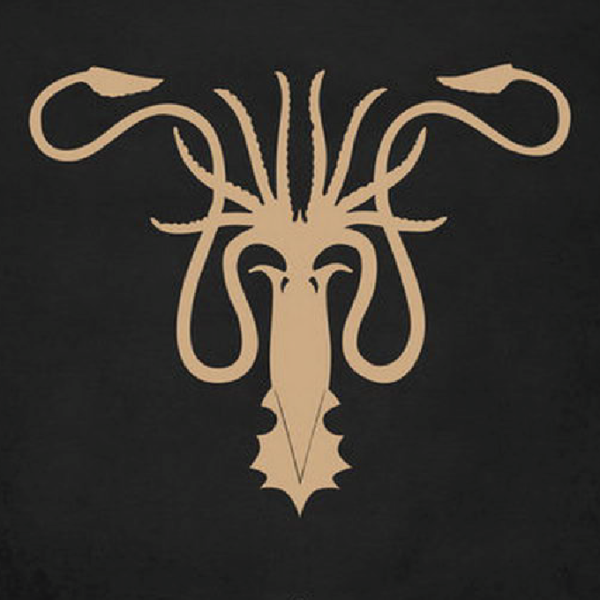 House words: We do not sow

House sigil: A golden Kraken on a black field

Money, please!!!!!!?!! Combine where you spend all your money with where you watch all your videos with where you give subs to streamers for being good or cute at begging – and you have the odd marriage of Amazon and Twitch. From Amazon’s monopolistic and tax-avoiding tactics to the sick sad world of Twitch-simping, they do not sow but they sure as heck do reap.

House words: Ours is the fury

House sigil: A black-crowned stag on a gold field

Visit the comment section of a YouTube video on a controversial topic (or non-controversial topic) and witness the fury. Basic things like whether the earth is flat or a sphere become comment shitstorms of epic proportions. If you ever need to get riled up, go to the news section on YouTube and read the comments for 20 minutes. By the end of that, you’ll be so amped up and angry at the stupidity of people you’ll be ready to swim all the way to Sothoryos just to get away from them.

House motto: I can fly twice as high

House sigil: A sky-blue falcon soaring against a white moon on a sky-blue field

Sure, this works – they both sit atop mountains looking down on everyone else. With house Arryn it’s a literal mountain, with Netflix it’s a metaphorical mountain made up of money and development deals that come out of vending machines. At this point, if you’re still reading, we’ve underestimated your attention span and willingness to read these specious parallels. Let’s face it, you’re just a nerd who is into consumer tech and loves the creative world of George RR Martin. That’s cool because we are too!