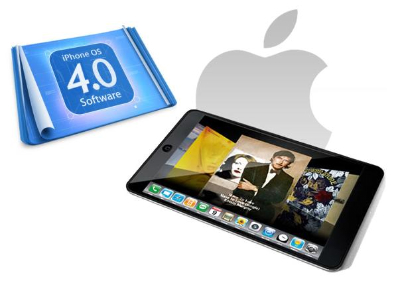 Here’s the thing… We just installed the newly released iPhone OS 4.0 beta 3 and found quite a few changes. There are a lot of minor things like how the background of the multitasking interface matches the background in the iPad’s browser, but all of the big new changes are awaiting your perusal after the jump. 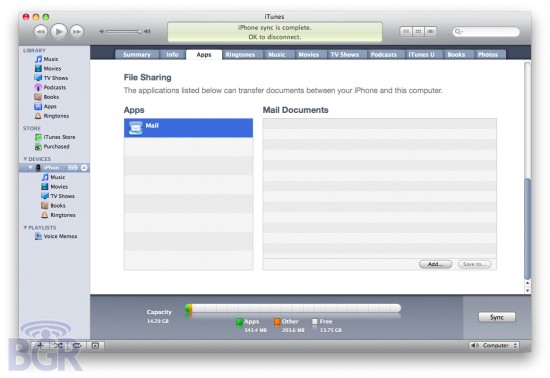 Yes, you read that right. Apple is finally going to allow you to transfer files to and from your iPhone straight from your computer. It works like this: You plug your iPhone into iTunes, head on over to the Apps page and scroll down. From there you’ll be able to drag files to and from your iPhone and your computer. We have not been able to get the feature to work as of yet, but it seems a lock that support will be enabled for more than the Mail app. That is if this feature makes it past the development stage.

When you fire up the multitasking interface you see a new set of widgets that control the iPod application. To access it simply swipe to the left. From there you’ll be able to play, pause, move between tracks and open up the iPod app itself. Let’s hope this is just the first of many such widgets. 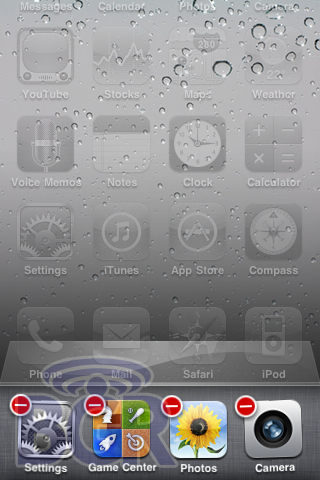 Shutting down applications that were running in the background was a huge pain in the butt in previous releases, but things have been simplified in beta 3. No longer do you have to press, hold and click close for each application. Instead you simply press and hold the icon of one of the many applications you’re currently running, and you’ll be given the option to close whatever ones you wish in rapid succession. A good way to describe it is by saying it basically now works in the same way you delete apps on the iPhone.

Landscape mode was one of the many great things brought forward in OS 3.0, but now, one year after its release, Apple has finally realized that not everyone likes having the entire UI flip about thanks to the over-sensitive accelerometer. To enable orientation lock, you simply have to fire up the multitasking interface, swipe to the left and click the Portrait Lock icon. Simple, right?

IBM Nanochips To Use Light Pulses Instead of Copper Wires