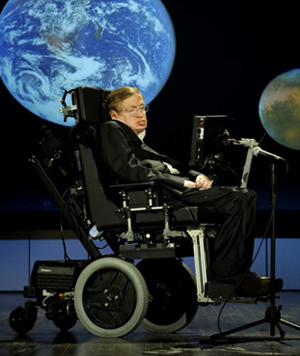 Renowned astrophysicist Stephen Hawking says people will one day be able to travel into the distant future. Hawking reportedly drops this knowledge in the new documentary, Into The Universe, set to air in Canada on Sunday, May 30 on the Discovery Channel.

According to the Daily Mail in Britain, Hawking said that spaceships may one day be so fast that time slows down for those on board. One day aboard a ship traveling at 98% of the speed of light – or 650 million miles per hour – would equal an entire year on Earth.

In the documentary, Hawking admits he was hesitant to discuss such theories previously, for fear of being labeled a “crank.” However, don’t blow your savings on a 1980s DeLorean just yet. Movies like Back to the Future hold no scientific weight, as Hawking explains people can only travel forward in time, not backward.

That’s because cause comes before effect, and traveling back in time would give people the ability to make themselves impossible by, for example, killing their parents – a paradox the laws of the universe would never allow, he said.