Yesterday, we witnessed that a quick move was made by the attackers behind the “Mac Defender” malware to combat Apple’s new security update, within hours a new variant got released of the malware that was capable of dodging around Apple’s new protection. 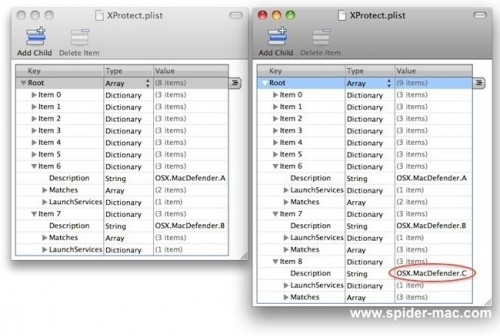 Gladly for users, Apple has moved just about as quickly as the attackers, invalidating any potential fears that the company might respond unhurriedly to each new threat that emerges. As per reports, Apple has already introduced an update to detect the new variant, pushing out a new entry for “OSX.MacDefender.C” to the Xprotect.plist file that contains the signatures for identifying malware.

Another worth mentioning point is this that after the update is complete; users are indeed presented with a warning if they begin to download the latest variant.