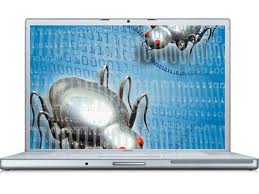 According to numerous tech support insiders, the company is strongly defying any help to affected customers. In spite of evidence that a huge number of customers have gotten affected by this issue, no public statement has been made by Apple.

Calls’ volume for Mac Defender-related queries is persisting to be high. As per one Apple Care support agent, 50% of calls during the last week were related to this issue. A rep at another location said that in the initial days after Intego identified the issue, 50-60% of calls were driven by Mac Defender; now still calls are within 20-25% range.

Apple’s silent behavior makes it impossible to know as to how serious the problem is. However, the division that handles Mac support calls approximately receives between 10,000 and 20,000 calls a day. If even 25% of those calls are concerned with this issue, which has been going on for 25 days, the total number of affected customers could be between 60,000 and 120,000, and still increasing.

iPhone 4S Will Debut In October With No 4G?

The Differences Between Ethernet and Wi-Fi