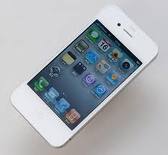 It is widely rumored that the next iPhone is going to come out in September, but as per an AT&T rep, even its glimpse will not be had until the month of October.

It has been reported by a user who recently spoke to an AT&T rep about signing up for the next iPhone that AT&T has already held meetings with many of its staff, training them on what to say to customers asking when the new iPhone will turn up. This makes a lot of sense as many people who signed up for the iPhone 3GS in July two years ago will be in hunt for a new iPhone in a month or two and Apple won’t be introducing any.

Whether the next iPhone will be capable of working on both AT&T and Verizon AT&T or not, the AT&T employee moved on to say that he personally believes that Apple won’t do it “until the next iPhone after 5 when 4G will be on it.” .

If that statement is believed to be true, consider it confirmed that the iPhone 4S will not boast LTE capabilities.

Apple Continues To Direct Its Support Reps: Do Not Assist With Mac Malware