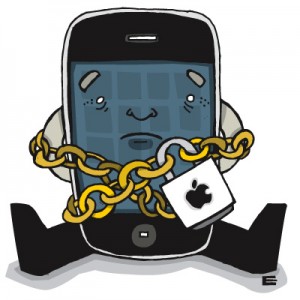 U.S Copyright Office had exempted jailbreaking iPhone from the Digital Millennium Copyright Act making it legal for users in the US to jailbreak their iPhone.

At that time, we had mentioned that it wouldn’t stop Apple from making it difficult to jailbreak iOS to stay ahead in the cat and mouse with the iPhone hacking community.

Apple had also clarified that unauthorized modification of the iOS violates the warranty of the iOS-based device.

Apple has applied for a patent titled “Systems and Methods for Identifying Unauthorized Users of an Electronic Device”, which will allow it to remotely disable an iPhone, iPador iPod Touch if it detects any unauthorized activity that indicate suspicious activity such as entering a incorrect password a predetermined number of times or within a period of time, hacking, jailbreaking or unlocking the iOS-based device.

The patent, titled “Systems and Methods for Identifying Unauthorized Users of an Electronic Device,” describes several ways a device could sense who is using an iPhone or iPad. Among the methods considered are voice print analysis, photo analysis, heartbeat analysis (!), hacking attempts, or even “noting particular activities that can indicate suspicious behavior.”

The device could automatically snap pictures of the unauthorized user and record the GPS coordinates of the device, as well as log keystrokes, phone calls, or other activity.

Once an unauthorized user is detected, the device can then automatically disable certain features or send notifications to Twitter or other services.

The patent describes how Apple plans to detect an unauthorized user:

Though the patent seems to indicate that Apple’s intention is to protect iPhone users from their device being accessed by an unauthorized user, the description of unauthorized activityespecially jailbreaking and unlocking has raised eyebrows since the patent doesn’t provide details on whether Apple or the owner of the device will have the ability to remotely disable the device.

It would be useful if the owner has the ability to remotely disable the device from say his/her MobileMe account based on what the owner thinks is unauthorized activity but would be controversial if Apple wants to control this feature.

It is also important to note here that Apple like othercompanies, patents ideas and so this feature might never see the light of day.

Let us know your views in the comments section below.