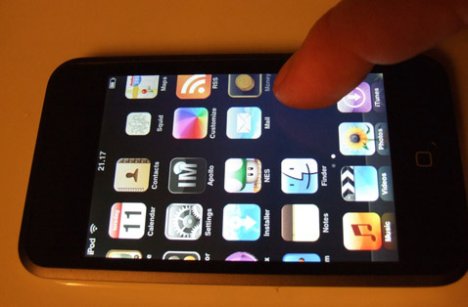 Similarly iPhone 4 is market as codename N90A which shows that iPhone 4 will bring few changes in old iPhone 4 GSM that is market with N90 codename. It might possible that iPhone 4 would be 8 GB storage capacity device and appear to upgrade iPhone 3GS. In simple words, probably it would replace the iPhone 3GS and represent itself a new entry in iPhone version. From all rumors reports the huge possibility is that two models for iPhone 4 with codename N90A refer to the release of device in black and white colors.

According to Mac Rumors, iPod Nano will also be updated in the month of October at media event. Well! Details regarding upgrade are unknown and codename of devices (N20A) tells that iPod Nano will appear with few changes. There would be no any major upgrade in it.

Wait for next week media event and see what Apple has covered in app store.

Get and enjoy Multi-Touch Trackpad for your iPhone