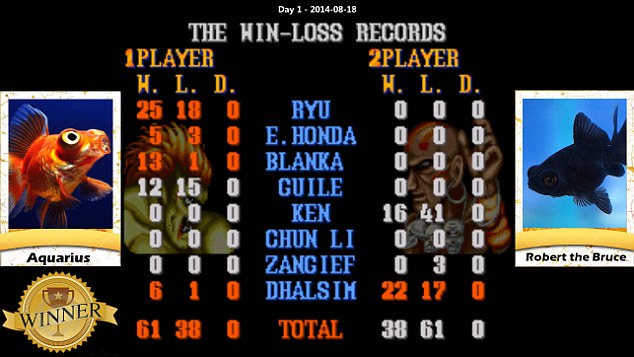 As humans we tend to want companions, for some of us a friend similar to ourselves will suffice, but for others having a pet is also a must. In one of the most bizarre match-ups to ever grace the Earth, two fishes owned by a young Canadian go at it in the classic arcade game known as Street Fighter. 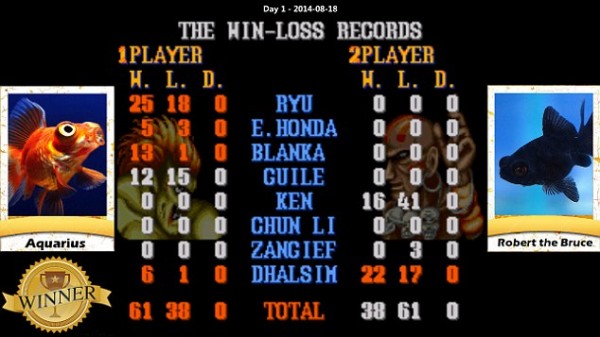 23 year old Andrew Hill, a computer programmer who resides in Ontario, Canada created the system for his two fishes, Aquarious and Robert the Bruce after he was inspired by another program that allowed fishes to play Pokemon. The two fishes are able to trigger commands as they swim around their tank.

“I went to college for software development and made this system in my spare time. I’m absolutely amazed at how fast this picked up steam, and I’m super grateful for everyone’s support.  I’m glad I could make something so entertaining for so many people.” said Hill who provides a live stream via Twitch. 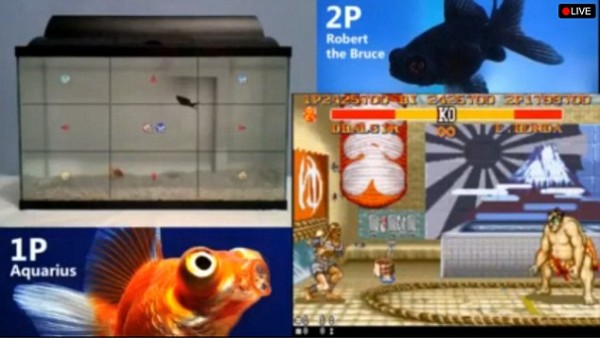 “Similarly to FishPlaysPokemon, I have virtually segmented my fish tank into 9 parts (3 by 3).Depending on which part of the tank a fish is in, it will send a different key press to the game.Aquarius sends key presses for Player 1, and Robert the Bruce sends key presses for Player 2.As for the actual code used for color detection and key sending, I do all of it using AutoIt and some shoddy code I cooked up over the course of a few days.”

Hill keeps an online scoring table for the fishes with hundreds of visitors visiting the Twitch gaming site to see the pets in action. He also responded to critics who state that the game is cruel. “Just so that everyone is clear: The fish do not actually fight each other in real life, just in the video game. Thankfully their fish brains cannot comprehend the violence at this level of abstraction. There is a filter in the tank, but the front of it has been hidden from sight to improve colour detection. I am dedicated to taking the absolute best care of my fish that I can.”

How to reset the Unresponsive/Halt Mac System?