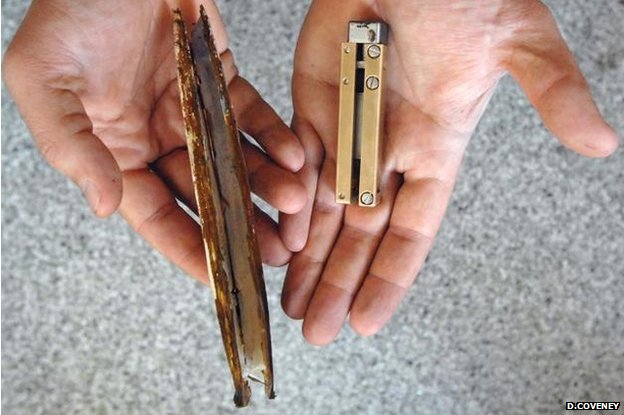 “RoboClam” could be used to connect undersea cables and potentially destroy mines, according to its inventors. The device imitates  the digging action used by razor clams to turn standard soil into quicksand which helps them to slide through. A prototype has been described in the the journal Bioinspiration and Biomimetics by engineers at the prestigious MIT in Boston, USA. 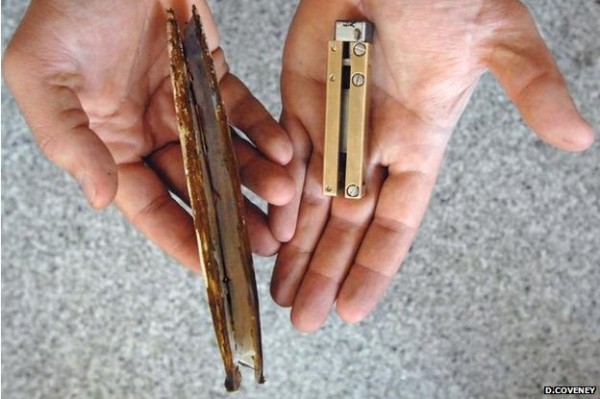 The intention was to design a new low-power, light-weight anchor for autonomous underwater vehicles. “Luckily, nature had already done the work for us,” said Dr Kerstin Nordstrom, of the University of Maryland, who collaborated on the research. The answer appeared to have been poking out of mudflats off the coast at nearby Gloucester, MA. The Atlantic razor clam, Ensis directus, has been dubbed “the Ferrari of underwater diggers”.

The clam is capable of borrowing up to 70 cm in just over a minute. Compared to existing anchor technology “the razor clam is about 10 times more efficient,” Dr Nordstrom told BBC’s Science in Action. To find out the clam’s secret surrounding its efficiency, researchers studied its digging action and modelled it mechanically. The repeated open-shut motion of the clam’s valves turned the hardened soil surrounding it into quicksand. 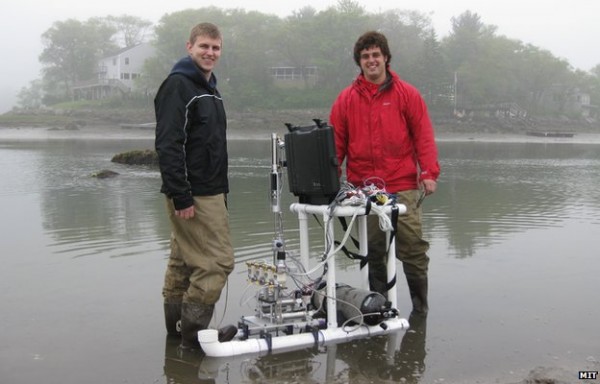 “The clam’s trick is to move its shells in such a way as to liquefy the soil around its body, reducing the drag acting upon it,” said Amos Winter, of MIT’s Department of Mechanical Engineering. “Pushing through sand costs a lot of energy. But if the sand is excited, it’s actually very easy. That’s the trick,” added Dr Nordstrom.

Through thorough studying of the razor clam, they have built their own robotic prototype which has achieved a similar digging speed of about 1 cm per second. The robotic power emphasized means that the RoboClam could be used to anchor large vessels and may have military applications such as detonating mines, researchers suggest.

“The cool thing is this technology is already 10 times more efficient than any anchor. If we can keep scaling things up, some day it will affect big boats,” said Dr Nordstrom. “Also – undersea cable installation is happening more and more frequently. If we can do it more efficiently we can save costs and cause less disturbance to the environment,” she added. Amos Winter agrees: “Having a system that could just latch onto the cable, work its way along, and automatically dig it into the soil would be great,” he said beaming with excitement.

This Armband Is Ready To Replace Your Touch Pad!