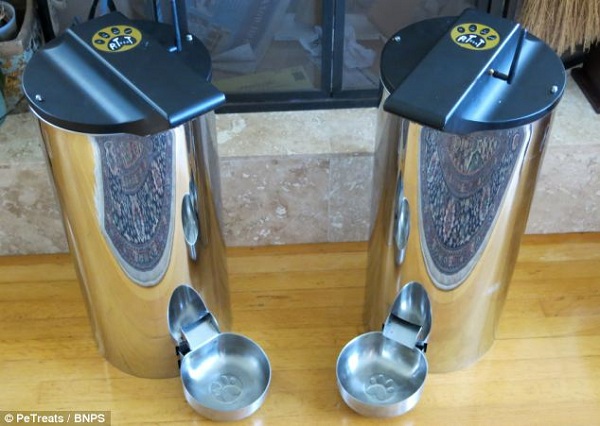 As beloved pet owners go out to take care of their personal businesses, they will have to find ways to cater to their dog or cat, just like kids, when you leave them at home. An entrepreneur- Ken Power from California became more interested in finding a way to be able to feed his pet cats while he was a way from home and invented an automatic pet food dispenser called the PetPal. 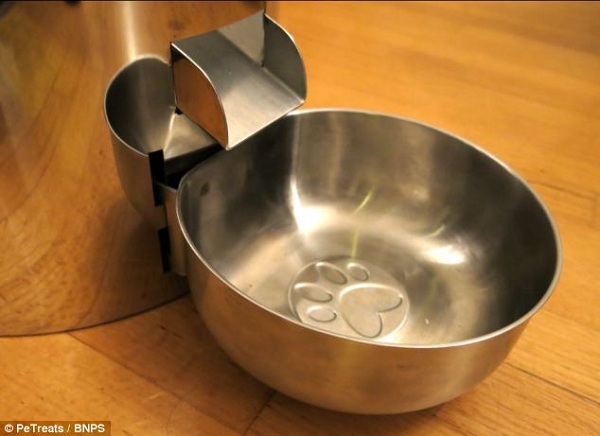 The stainless steel cylindrical dispenser is programmed to able provide your pet their daily meals at specific times, and also allow the pet owner to remotely control the dispenser, via Wi-Fi connection, using an app on their smartphone or tablet . The PetPal automatic pet feeder also includes two other unique features of allowing absent owners to talk to and capture videos of their pets via a built-in microphone and camera, and has motion sensing capabilities that allows (when it is turned on and motion is detected) the camera module to take a 30 second video in which will be saved on a removable MicroSD card. You will then be able to see if your pet had all three meals of the day.

“You can talk, listen, feed, watch, and take photos and videos. There is even a motion detection which takes 30 second videos of your pet.” Power stated.

After having a struggle finding someone to feed his two cats while he was away on holiday, Power whom works as an electrical engineer, came up with the idea and invented the device.

“I wanted to be able to interact with the cats while I was on vacation.” he expressed.

“I have been in the electronics business for 30 years, so once I committed to making a feeder, I wanted to make the best feeder on the market.” 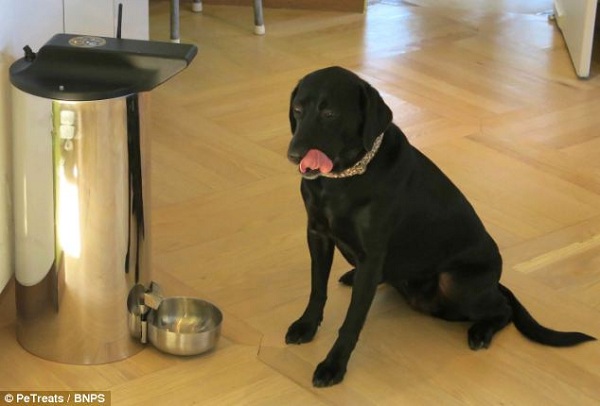 Previously, Power aimed to secure the funding he needed for the device by a Kickstarter campaign, but was unsuccessful. There are however other attempts being made to raise the cash needed to proceed into manufacturing the invention. Though currently unavailable for sale, it is estimated to carry a price tag of £217 /$365 but Power aims to reduce the price to £178 /$299 once PetPal is mass produced.