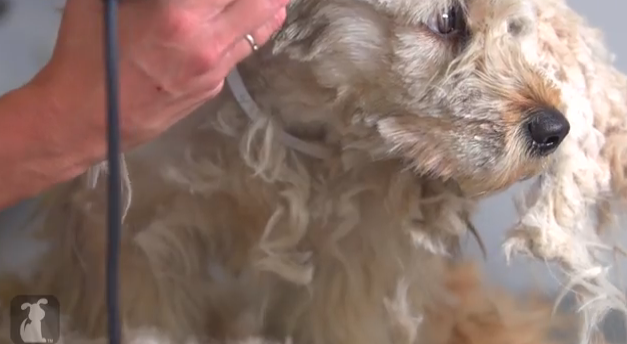 We’ve seen a couple of those makeover videos featuring homeless people and how this simple act can contribute in changing their path in life. Who knew that the very same treatment can work for dogs as well?

The sad reality is that there are millions of dogs that are homeless at this very moment, and even those taken in by shelters only have about 50% chance of getting adopted. The rest are killed because of overpopulation.

Charlie is one of those homeless dogs that have been brought into a shelter, which is unfortunately known for their high kill reputation. He came in covered with matted hair full of painful burrs and it’s nearly impossible for him to get adopted in that condition. It’s a good thing that a grooming center gave him the makeover of a lifetime, which resulted to him getting adopted just after two days. Watch the heartwarming video below: