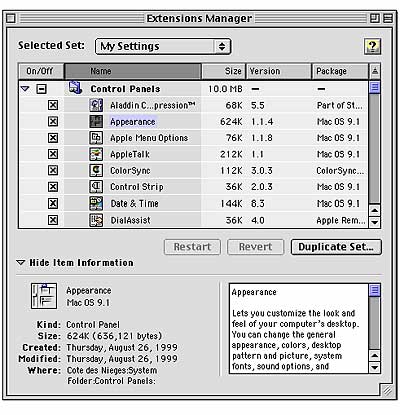 Mac computers, no doubt are superb computers developed by Apple. They are very stable and firm. But sometimes their users also experience some problems. At the same time all these problems can be solved easily by simple troubleshooting tricks and tweaks.

Sometimes when users of Mac install some new program or upgrade an old application, their Mac starts bombing at start up. This mostly occurs due to some extension left back by software installer. This extension is meant to remove itself after installation, but due to incompatibility with the system, instead of removing itself it crashes the system.

To cope with this problem the most recommended tactic is to boot the computer with off extensions otherwise it may conflict with some other file or extension in your system folder. You can turn off the extensions by holding down the shift key for a while.

If you are having the problem of start-up bombing, then to fix it, open the system folder and sort it by names. You may find here the file and extension of “Installer temp”. If it is there then delete it. Don’t delete it from trash unless you reboot the system successfully.

Hopefully, with the above tweak, your Mac will stop bombing at start-up.