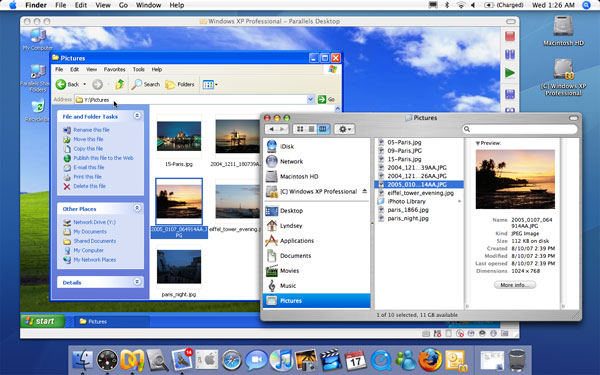 In order to talk about the Parallels Desktop for the Mac just we can just say that it is really amazing. The Parallel is moving the product ahead of version 1.0 for improvement as there is nothing in the world that is perfect. For those people who want to run Microsoft Windows or some version of Linux on their Intel based Mac then you should know the usage of these supported OS.

A great opportunity has been provided to the customers and the Apple Company with the introduction of Intel-based Mac computers. You can also run other x86-based OS when you have Intel microprocessor for your Mac. Running an OS along with Mac OS X consists of number of good reasons:

When the Intel-based Macs were available, so it was your option to boot them either on the Mac OS X or in Windows XP mode. Through Parallel desktop you are also able to use and install other operating systems like BSD, Linux and MS-DOS.

If on the otherhand, you have a PC and are looking for a more Mac OS function, be sure and check out our latest review on the desktop customization app OneLaunch.