What would you do if you had every thing you ever wanted and still have money that knows no bounds? You could either build a giant vault and swim around in your wealth without any pants on, or you can build yourself a statement of grandeur befitting the enormity of your wealth: a “humble” abode, otherwise known as a palace. Now if you’re reading this article, there is a strong chance that you’re not one of those high (well, maybe high) and mighty individuals who shit gold. Therefore, people like us can only look with awe at the grand palaces of the Richie Riches of the world (while we hate their sheer guts) which brings us to something we have put together for our beloved readers: a list of ten of the most incredible palaces of the world.

Nonsuch Palace, named as such because it was claimed that there was no such palace that could match its magnificence, was the project of a very jealous monarch, Henry VIII. He could not stand the idea that he should ever be considered a lesser monarch and so he decided to build a monumental palace that could rival that of the King of France, Chateau de Chambord. The palace was designed to be the celebration of the wealth and eminence of the Tudor Dynasty and was considered a key factor in the introduction of Renaissance architecture in England. However, Henry VIII could not see his desire fulfilled as he died in 1547. Although it was one of the most magnificent palaces in all of England, a very few of Henry VIII’s successors were attached to it. After his death, the palace was sold to the 19th Earl of Arundel in 1556, who completed it, and it took almost forty years for the palace to be back in royal hands, but only until 1670, when Charles to gave it as a gift to his mistress. She held on to it for almost a decade before she broke it down and sold the building materials to pay off her gambling debts. No trace of the once grand palace remains on its site today. The British Museum, though, holds a few pieces of what once was one of the most incredible palaces in England. 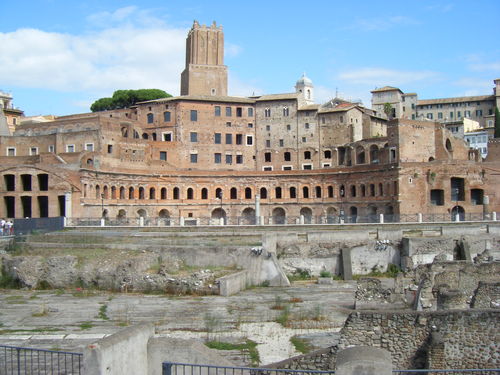 The city of Rome is considered to be the pinnacle of civilization and modern civic society. Ancient Rome was famous for its elaborate architecture and multistory dwellings for the masses. It was a dynamic city for ancient times, and a cramped one at that, and therefore left no room for a palace to be built. But all this changed in 64 AD when an inferno burned away all the aristocratic dwellings on the slopes of the Palatine hills. Interestingly, the word palace is actually derived from the word palatine as the hill was already influenced by the presence of grand houses of the rich and noble. Therefore, it was after this grand fire, that the Emperor Nero, infamous for his cruelty and for ordering the murder of his own mother, claimed the land left in the wake of the fire and began construction on one of the greatest private residences ever built in the Roman Empire, the Domus Aurea (latin for the “Golden House”). The grand palace covered an area of around 100 acres over the slopes of the Palatine, Caelian and Esquiline hills, and included a massive man-made lake, groves of trees and farmland, with vineyards and pastures with flocks of animals, making it seem like a countryside in the heart of a major city. He also commissioned a colossal statue of himself, the Colossus Neronis, to be placed just outside the main palace entrance. It is said that when the construction was completed in the style that the emperor required of, he exclaimed with typical understatement that he could finally live like a human. Nero’s enemies write that he sang while Rome burned in the great fire, claiming that his delight was perhaps because he knew the fire would finally provide him with the land he required to build a palace worthy of himself. But whatever they say, the fact that the great Domus Aurea was one of the greatest and most incredible palaces of the world is undeniable. The palace was handed over to the public after Nero’s death and the site of his statue was converted into a stadium which is famously known as the Coliseum. This virtual rendition gives a pretty good picture of the castle. 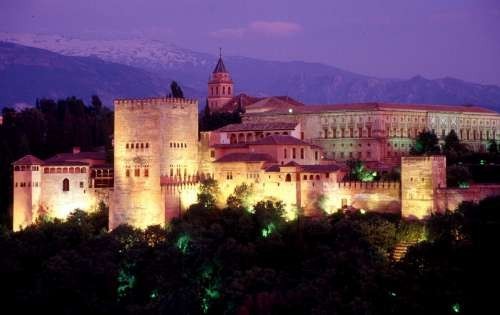 Spain has been a host to various conquerors, but the ones who influenced the architecture the most were the Muslim conquerors of the 14th century, more commonly known as the Moors. They constructed mosques and and other buildings in the conquered Spain but the crown jewel of the architectural prowess of the Moors was the Alhambra palace of Grenada. Built in typical Moorish architecture and ornamented with highly ornate stonework, the palace was home to a number of Muslim Emirs and later, some parts of the palace, to Catholic Monarchs. The towers and high stone walls were although a familiar components of European architecture, what made the Alhambra stand apart was the use of extensive courtyards and large fountains to give the palace an airy feel, an innovation hitherto unknown in Europe, giving it a grand and majestic look. Although this was one of the most innovative features of the palace, the intricate detailing of the palace walls and the design are the palace’s most impressive features. The skill required for such work is described by a famous fact which claims that the domed roof of the Hall of the Abencerrages has over five thousand niches carved into the stone for decoration. The palace was restored to a more European form after the reconquest of Spain by the Catholic Monarchs, but be as it may, the Alhambra remains a pioneer example of Muslim architecture infused with the grand majesty of traditional European influences. This video just about sums it up.

How to Change the Visual Appearance of Mac?