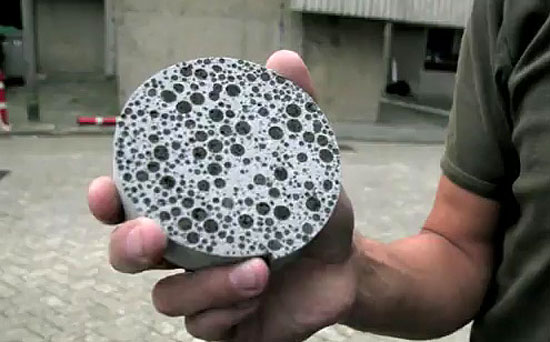 When we talk about construction, one of the most important building material on planet is Concrete. It is not only strong, cheap and easy to work but it is also available in abundance since its a mixture of different materials like water, cement, sand and aggregate — All of these being abundantly available. Innovation in concrete has never stopped since the discovery of concrete. Researchers have been adding additives to change the properties of concrete for many years. Now, a dutch scientist has come up with a new form of concrete and its called “self healing concrete”. Sounds amazing isn’t it?

He has actually added some bacteria in the concrete which can fix cracks the same way a human can by filling them with limestone. Now to get these bacteria impregnated in the concrete, all you have to do is to mix in some nutrients and lots of little ceramic spheres full of inactive bacterial spores form up, which remain inactive until they get wet. So whenever a crack in concrete opens up, the bacteria gets water and they work turning the calcium in the nutrients into limestone, hence filling in the cracks.

These bacteria aren’t powerful enough to fill big cracks and they can fill cracks up to maximum size of 0.5 mm. Though such minor cracks don’t affect structure much but still it can be vary handy since the propagation of larger cracks starts from smaller cracks and when water penetrates in smaller cracks, it starts to damage the reinforcement steel.

The addition of bacteria in concrete isn’t free. Infact it could add as much as 50% of the cost of material. Though this sounds too much but it can save quite a lot of money in the long term owing to lesser maintenance costs.

The bacteria concrete is still undergoing tests and it will be available for commercial use within two years. Here is a small interview of the innovator: