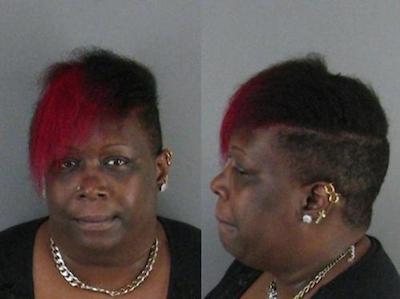 A 37-year old woman from North Carolina called 911 to report a problem with her pizza order from the sandwich store, Subway. It is said that the woman, Bevalente Michele Hall, ordered a flatbread pizza (which is know on the restaurant’s menu as a “Flatizza”) and was displeased with the fact that marinara sauce was placed on her pizza. From visits to the Subway website, this sauce was actually used on all their pizzas.

The conversation was recorded by Gawker and features the woman venting her frustrations about her order. She also shared her problem with employees at a  Gastonia store where she stated that she could not “eat this kind of sauce”.

Local newspapers later had interviews with Hall where she expressed that her reason for calling 911 was in hopes of being able to publicize her story via the Action 9 News in order to either get a refund  or have a new pizza made to her liking.

Unfortunately, the consequences of her plan led to her spending three minutes in the local jail cellar and being charged with misuse of the 911 system. At least she can say that her actions made her a “celebrity”  across the internet.  The million dollar question is,  Who orders a pizza from a sandwich shop anyway?

Lucky Couple Won The Lottery Three Times In One Month!

Paul Stamets: 6 ways mushrooms can save the world