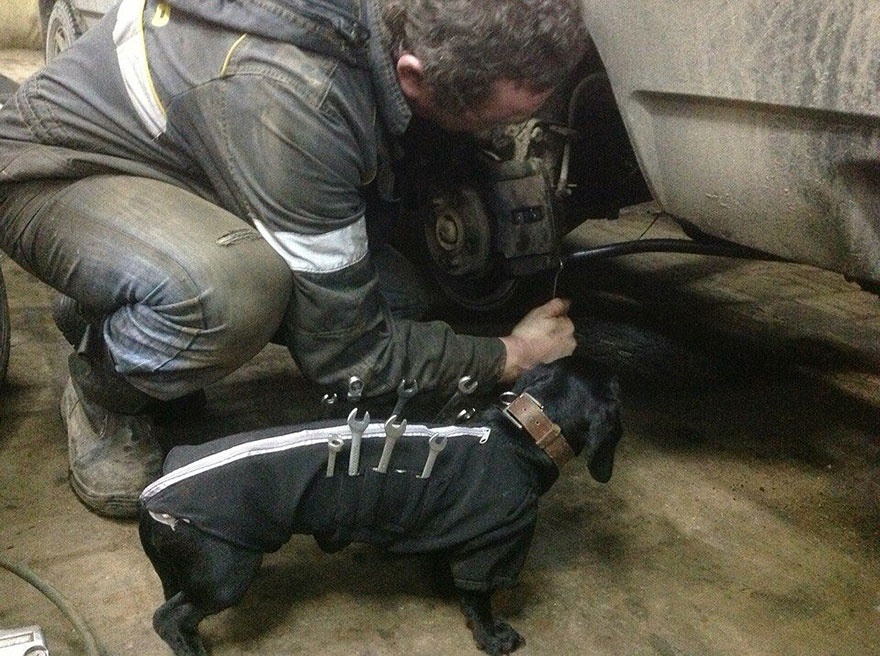 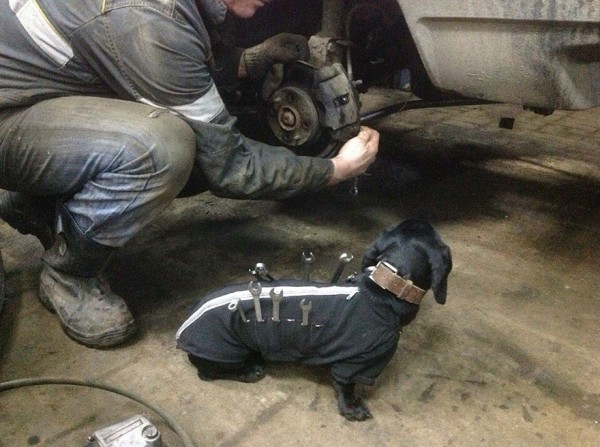 While dogs are traditionally known to be a man’s best friends, a pup has recently earned himself an added title of a man’s best assistant. The adorable black Dachshund pup was recently spotted in a car repair shop, presumably in Russia, wearing an interesting little outfit. The tailor-made suit which looks like a repurposed t-shirt, has a zipper running down the back and have several side pockets that hold simple tools. Based on the photos that were shared, the dog assists by sitting patiently by the man as he is fixing a car and allows him to grab the tools when they are needed. 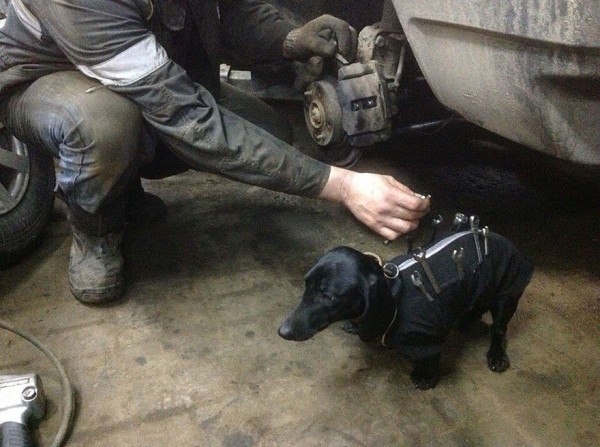 Although it is assumed that the car repair shop is located in Russia, not much more is known about the cute circumstance. At first when many people saw the images they thought of how cute the dog assistant is, but then some started to be concerned about the Dachshund’s vulnerable spine. While the tools may not appear to be heavy or harmful, pet owners should be very careful of the load that they place on their furry friends as a situation can turn from cute to burdensome.

Check out more images of the black Dachshund pup below. 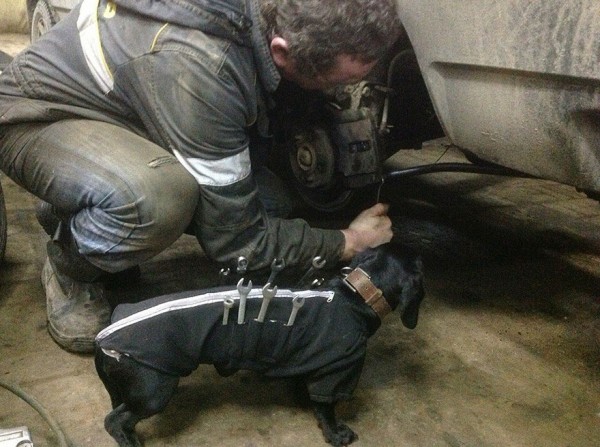 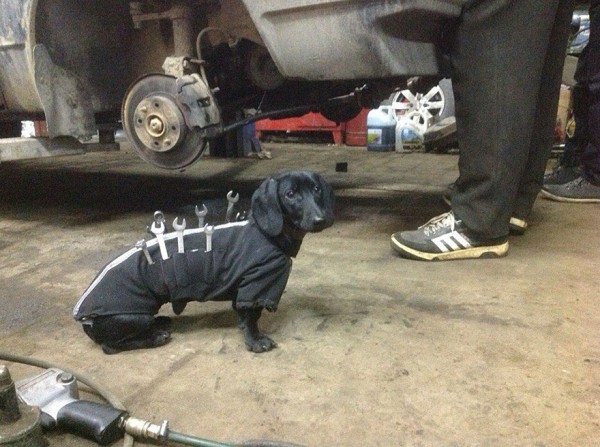