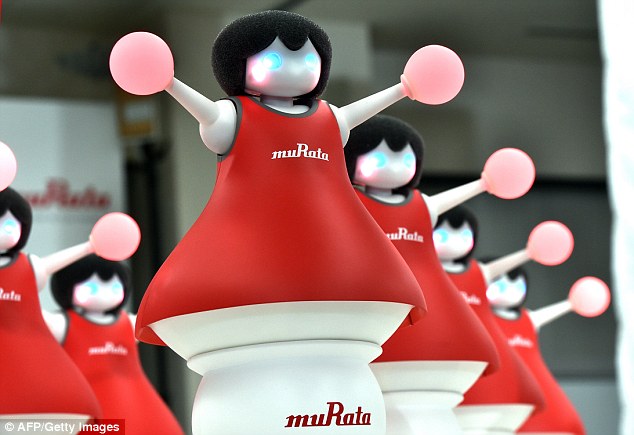 Weebles are considered some of the most basic toys now but when they first arrived on the market they were simply impressive to most people. They used a weight system based on the law of Physics which allowed them to wobble but never fall down.  To reignite the joy which Weebles brought to the hearts of many, a Japanese firm has created a troop of Weeble style robotic cheerleaders who dance and move while balancing on a ball. Thanks to built-in gyroscopes and infra-red sensors, the robots perform in perfect synchronization – but never fall over. 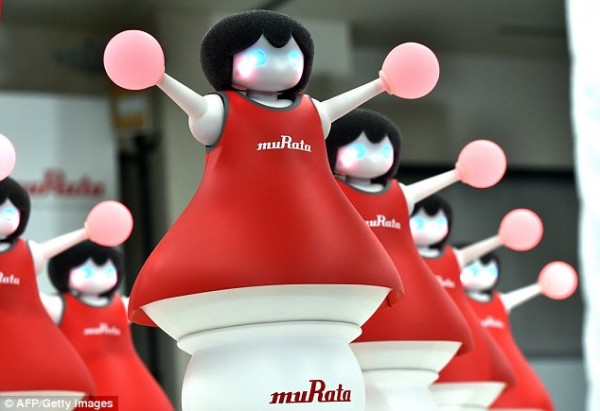 The muRata were built by muRata Manufacturing, instead of wheels the cheer leading robots balance on a removable ball, which rolls in its housing to help the machines dance and move. They remain upright due to three advanced gyro sensors, which incorporate inverted-pendulum control technology, to detect tilt angles. Similar gyro sensors are commonly used in digital cameras, car navigation systems, and more recently, the electronic stability control (ESC) systems that prevent cars from skidding.

Each robot is equipped with four infrared sensors, and five ultrasonic microphones to detect surrounding objects, even in the dark. The robot also features a system use varying speeds of sound and light waves to determine its relative position within a 172 square feet (16 metre square) space. muRata in collaboration with Matsuno Lab at Kyoto University has also developed an advance control system that prevents up to 10 robots to synchronize without colliding. Each robot’s location is communicated using a wireless network and controlled through a specially developed program. 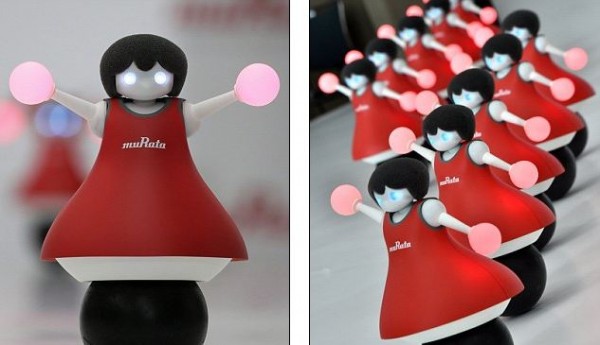 According to the firm, the technology is expected to contribute significantly to the realization of safer and more efficient vehicles. “The Murata Cheerleaders showcase the ability of electronics to enrich our lives,” said Yuichi Kojima, senior vice president and deputy director of Murata’s Technology and Business Development Unit.

“We believe the wireless communication of sensor data could become a core infrastructure for the advanced integration of people and objects in smart societies. We developed the Murata Cheerleaders to demonstrate our electronics technologies,” said Koichi Yoshikawa, senior manager of corporate communications. “Our hope is that the Murata Cheerleaders will inspire new discoveries by young innovators and put smiles on the faces of people worldwide. ” he added. The muRata cheerleaders will be showcased at the upcoming CEATEC 2014 scheduled from October 7 to 11 in Tokyo.

Three Things To Consider When Joining The Cloud

Man Rescued After Attempting To Float To Bermuda In A Bubble