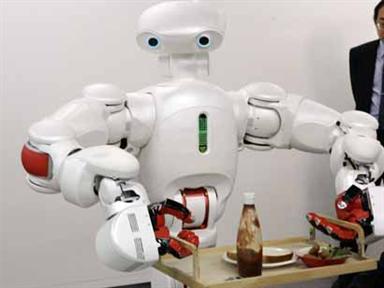 Mahru-Z is the robotic maid that can make breakfast!. Given certain voice commands the robot can perform functions such as working a microwave, delivering toast, and other tasks such as washing clothes. The robots can see with stereoscopic vision and can identify what objects are and even decide what jobs needs to be done with the objects. In the video, one robot appears to be tethered and the other is not making me wonder if they are really self contained. Also, one is wearing a dress and the other not, so are they both maids or is one a butler? Shouldn’t they just call them robotic servants or is that redundant? Regardless, although not apparently sentient, these do appear to be advanced robots. I only wonder if they washed their hands before and after handling the food?

How to Change Windows Folder Background and Text Color