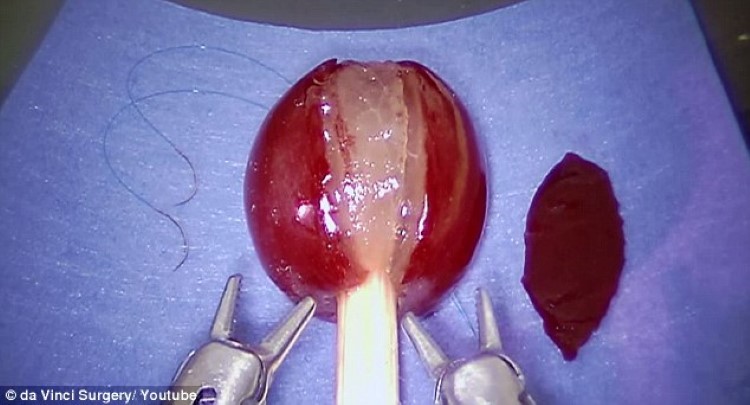 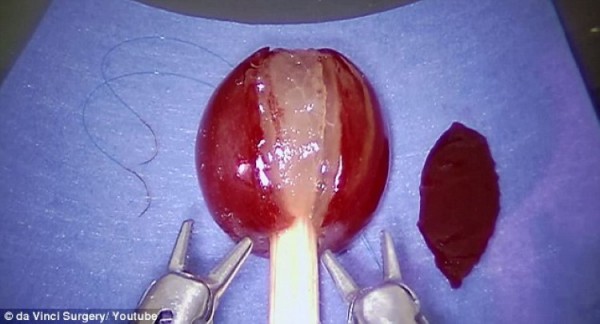 As technology continues to advance, the world of surgical operations is becoming less and less invasive. This latest hopes to make it less intrusive in the future. The da Vinci surgery system makes use of small robotic devices which surgeons can control to conduct a surgery. The interesting system’s capabilities was showcased and tested using a grape, a very delicate operation, where it reattached part of the skin of the grape. 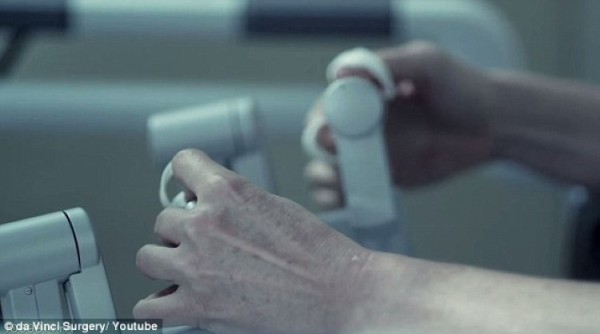 The test which included the grape was however not the only delicate operation that the robot has already done as it also recently assisted surgeons in an operation which included the removal of gall bladders and hysterectomies. The moment was filmed as the tiny robotic hands gracefully moved as they were guided by a surgeon suturing the skin of the grape back together. 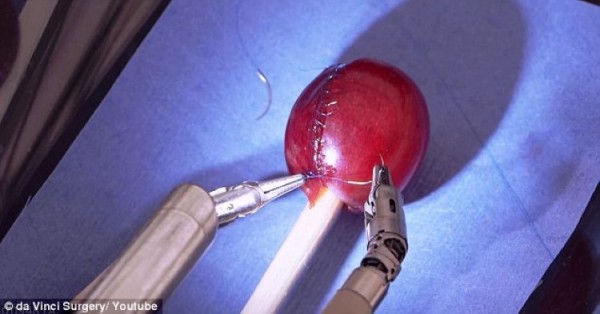 As the task to perform is complicated and requires much precision and delicacy to tie knots and perfectly place the skin back unto the grape while simultaneously stitching, the robot is equipped with miniature instruments that the surgeon can guide. To place a spot light on the awesomeness of what was done just bear in mind that the skin of the grape is just a fraction of a centimetre in thickness and it is very fragile. The operation is made even more remarkable as it was done inside a small bottle. 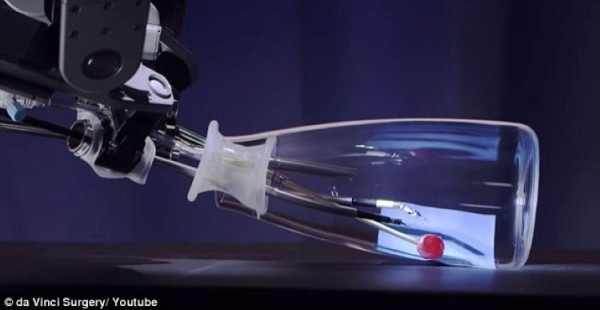 Many patients would prefer to have robots like the da Vinci being used to perform a surgery on them simple because unlike when using surgeons’ hands and tools, the robotic instruments will not create a big incision that may leave scars on the body as it operates inside the body of a patient through keyhole surgery. As the robot instruments are inserted in the body of a patient, the surgeon is able to see the region that is being operated on via a video in 3D, on a large console. Operations can be completed with a surgical hole that is less than two centimetres. 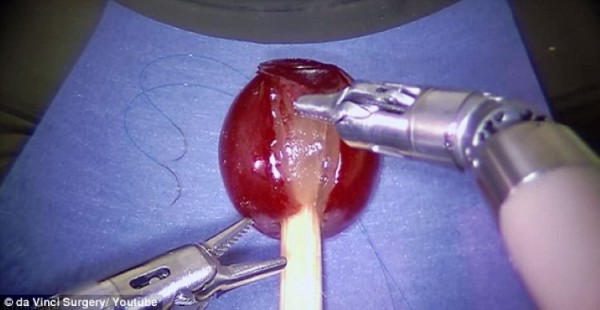 At the end of the experiment with the grape when the final stitch was tied up, it was left in an almost perfect condition. The robotic instrument is also able to fold a small piece of paper into a paper airplane.

The cost of the Da Vinci system can be up to $2 million and its annual service cost is said to be more than $100,000.

Check out the Da Vinci robot in action below.

Communicate Without Wi-Fi or Cellphone Network With goTenna