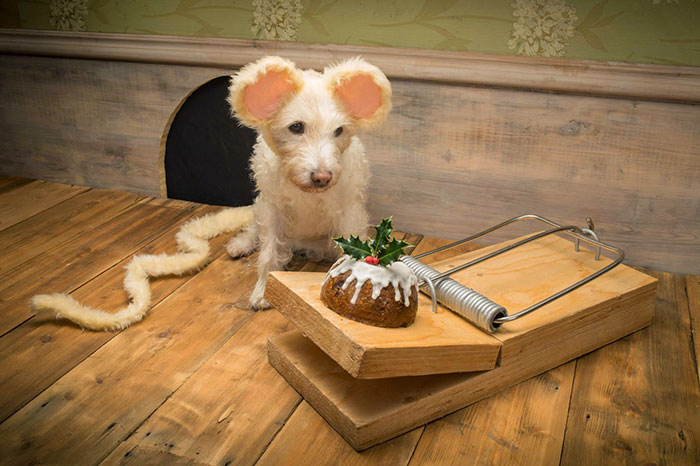 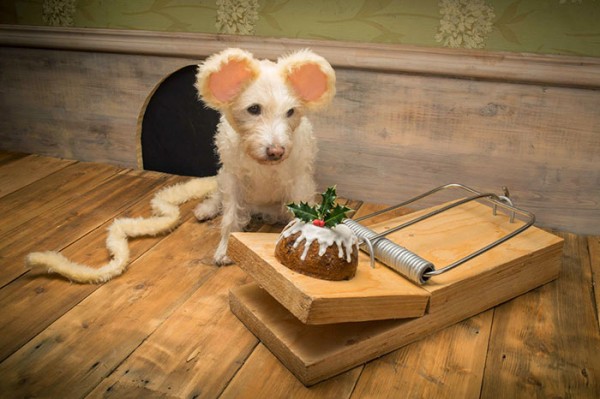 One of the coolest things about having a dog is that you can always dress them up and treat them like children. A photographer based in Bristol, Peter Thorpe, kept up with his great little tradition that he begun twenty years ago with dressing up his dog. 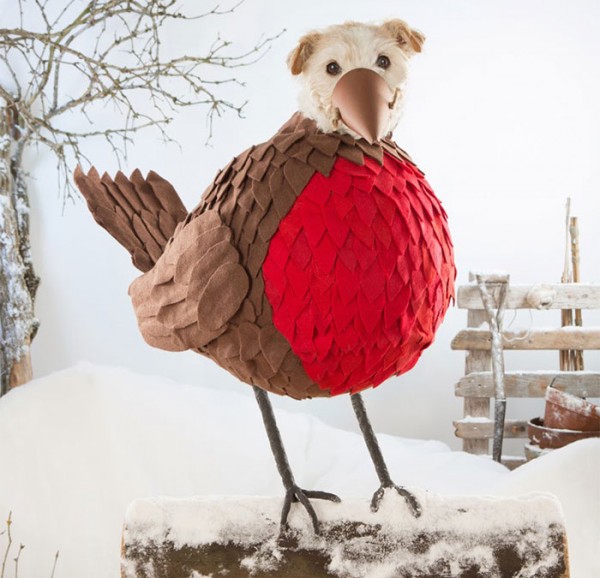 Every year for his annual holiday cards, he captures images of his dog named Raggle in costumes looking like various animals. The tradition first began with Paddy, but now continues up until this year with Raggle. The photographer shares that while other photographers will turn to image editing programs such as Photoshop, he uses real props instead. 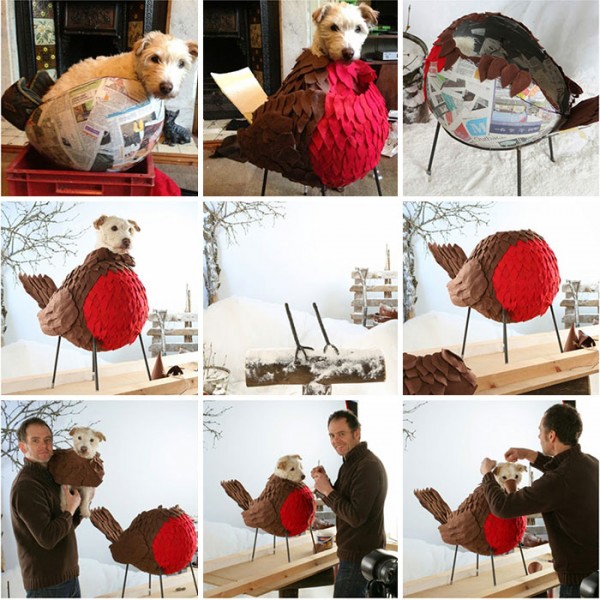 Once the year’s postcard is complete, it is then sent to family, friends, and his clients. While most people would look forward to the postcard every year, Thorpe said that this year’s post card will be the last one before Raggle’s retirement as she is growing older and weaker, and therefore unable to keep up with the hassle that comes along with having to fit the costumes and strike a cute pose.

Check out the rest of photos that were taken in the earlier years below. 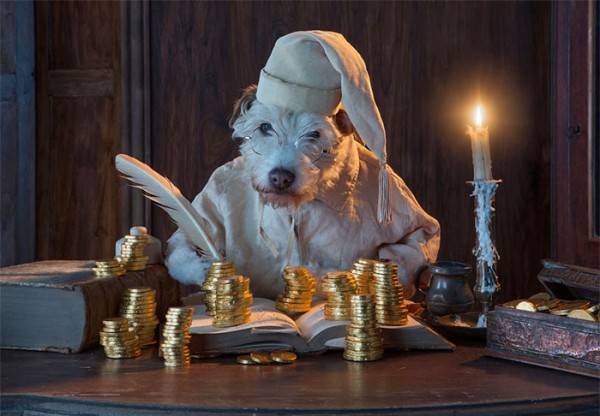 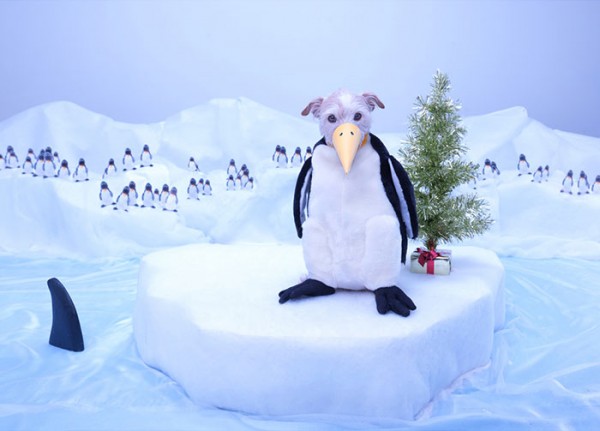 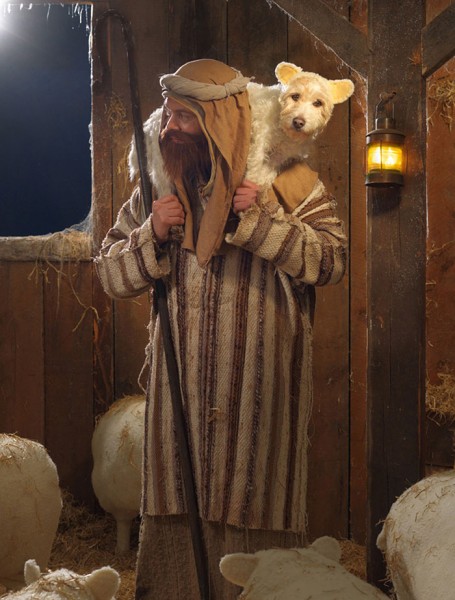 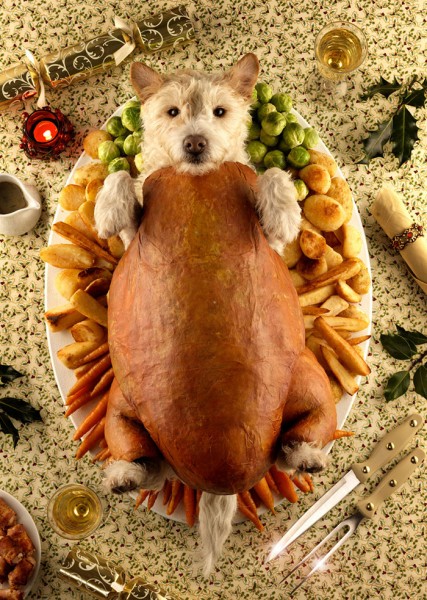 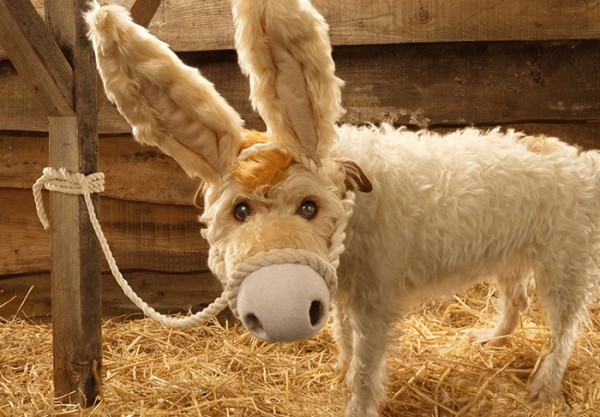 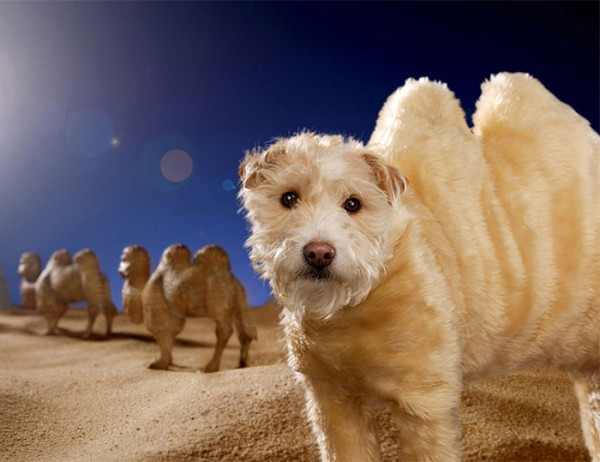 This ‘Martini Glass’ Aquarium Will Be The World’s Most Unique

Battle Ensues Between Man and Swan During Cygnet Rescue Operation