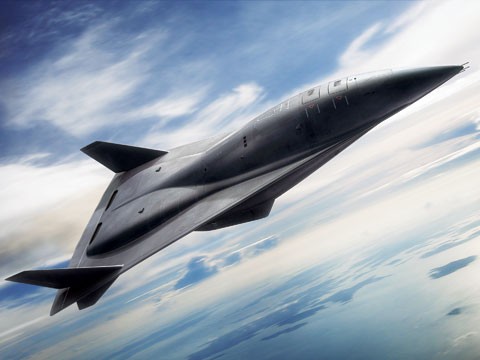 In the last week of May, thousands of square miles of airspace above the Pacific Ocean will be cleared to make way for a skinny, shark-nosed aircraft called the X-51. The 4-metre-long prototype will drop from beneath the wing of a bomber and attempt to become the first scramjet to punch through the atmosphere at hypersonic speeds for minutes, not seconds.

Like an airliner’s jet engines, supersonic combustion ramjets – or scramjets – work by compressing air enough to ignite fuel which drives air out of the back of the engine to provide thrust. It is designed to work at hypersonic speeds – above about 5 times the speed of sound.

A handful of experimental scramjets have flown successfully, reaching speeds as high as Mach 10, but not for long. “No one has successfully flown a vehicle of this nature for more than a few seconds,” says Joe Vogel, X-51 programme manager at Boeing. “Our goal is about 300 seconds of powered flight.”

The project is a collaboration between several US military agencies and private firms like Boeing that have ideas about how to solve the problems with heat and manoeuvrability that have limited previous scramjet flights. 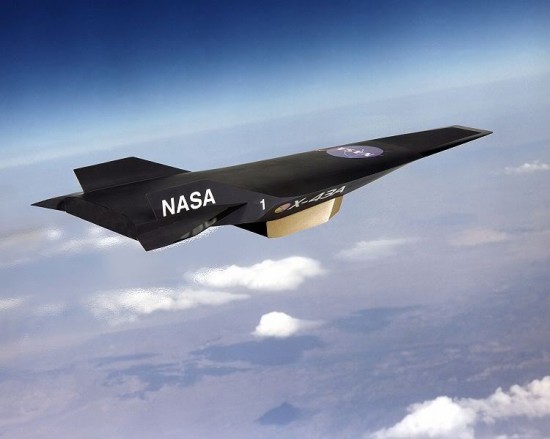 At the test’s top speed of Mach 6, the temperature of X-51’s nose will reach 1480 °C, says Vogel. To handle the heat, the vehicle’s fuel is piped through tubes around the surface of the engine. Not only does that draw off heat to prevent the engine from melting, it also helps warm the fuel to the temperature needed to ignite it.

The US air force hopes to conduct as many as four tests of the X-51 this year. In each, a vehicle will be dropped from beneath a B-52 bomber some 15 kilometres above the Pacific Ocean. A solid rocket booster at the back of the vehicle will ignite and accelerate the X-51 to 4.7 times the speed of sound.

That’s fast enough for the craft’s scramjet to kick in. The booster will fall away to let the X-51 fly under its own power until it runs out of fuel. “If we could recover it, the engine would basically be pristine and reusable,” Vogel says. Previous scramjet tests have ended with the craft burning up in the atmosphere.

The last US hypersonic scramjet to fly successfully was NASA’s X-43, a hydrogen-powered engine that flew twice in 2004, managing only 10 seconds of powered flight. Unlike its predecessor, the X-51’s engine uses novel active cooling systems and uses standard jet fuel.

Scramjets are touted as a cheap way to get most of the way into space because they don’t require the bulky oxidisers needed to get conventional rockets into orbit. The X-51 is likely to advance that dream, says Mark Lewis of the University of Maryland in College Park. “It solves a lot of the practical issues you need to solve in order to make a real space vehicle.”

Significant hurdles remain, though, not least that to reach orbit a scramjet would have to operate at roughly 25 times the speed of sound. In the short term, the X-51 is likely to pave the way for fast reconnaissance planes and mid-range missiles, Lewis says.

If you would like to reuse any content from New Scientist, either in print or online, please contact the syndication department first for permission. New Scientist does not own rights to photos, but there are a variety of licensing options available for use of articles and graphics we own the copyright to.

Below: NASA video showing several of the agency’s high-speed hypersonic projects. The video begins with the HyBoLT and SOAREX experiments lost when the rocket booster veered of course on August 22, 2008 and was destroyed. The video ends with a hypersonic windtunnel run of the SJX61-1 scramjet that will power the X-51 hypersonic demonstrator when it flies in late 2009.