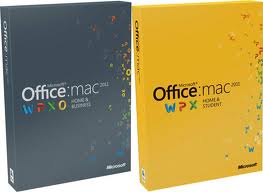 Microsoft has released new version of Microsoft office with new feature and wonderful interfaces named Microsoft Office 2011. You can use Microsoft Office 2011 suite for MAC also. It is similar in functionally that are present in Office 2010 that is used for PC but it contains extra
features that have not seen in old versions of Office.

MAC office has never added Outlook in previous versions of MAC Office. Few features have been added into it which are as follows.

You can get Microsoft Office 2011 For MAC by given link: http://www.microsoft.com/mac/

iPhone Moves Past Nokia And Android In European Mobile Data