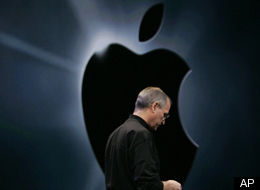 The inexpensive application for the iPhone tells owners when radiation levels have inched up too high and provides advice on how to counter the potentially damaging effects of phone radiation.
The company which invented the app says that its solution gives users the information and tools to avoid mobile phone radiation as much as possible.

It works by “mapping” homes or offices so they’ll know where they’re exposed to significant levels of mobile phone radiation.

Apple has blocked the app by Israeli company Tawkon on the grounds that it’s a diagnostic tool that would create confusion for iPhone owners.

The company said it was disappointed as it claimed there was a lot of concern among the public about reducing mobile phone radiation because of the still unknown long term risks of exposure.

Tawkon supplies simple precautionary measures to minimize radiation, based on a user’s location and phone usage.

Apple said it doesn’t want its customers to install an app that would cause confusion among users The apps inventor said Apple didn’t want an app that appears to advise phone users to talk less – even though its stated aim is to make it safe for them to talk.

The Tawkon app doesn’t measure radiation but uses sophisticated software to advise when and where radiation levels might be high.

A company spokesman said: â That action might be to move to a different location until the radiation levels drop, or to plug in a headset or use a speakerphone in your car.

We give users the ability to see and feel non-ionizing radiation. Once you know whether you’re in a red, orange or green zone, you have the information you need to take action.

The app relies on processing a dizzying array of factors, including your location, environmental factors such as the weather, Bluetooth functionality, how close your phone is to your body -utilizing the iPhone’s proximity sensors how the phone is being held, vertically or horizontally, GPS, and even the phone’s built-in compass.

It then prompts users with a vibration or tone when the radiation levels reach a dangerous threshold.Some of the worst places to talk in terms of radiation are a room with thick concrete walls, a basement or a lift.

Gil Friedlander, founder of Tawkon, is in talks with Apple and “optimistic and hopeful that the issue will be solved soon.”

He said: “We are not anti mobile phone. We love our phones, too.

“We won’t give them up. But we can help people use them more responsibly.”

The company said it was in talkswith having the application on other mobile phones including Blackberries.