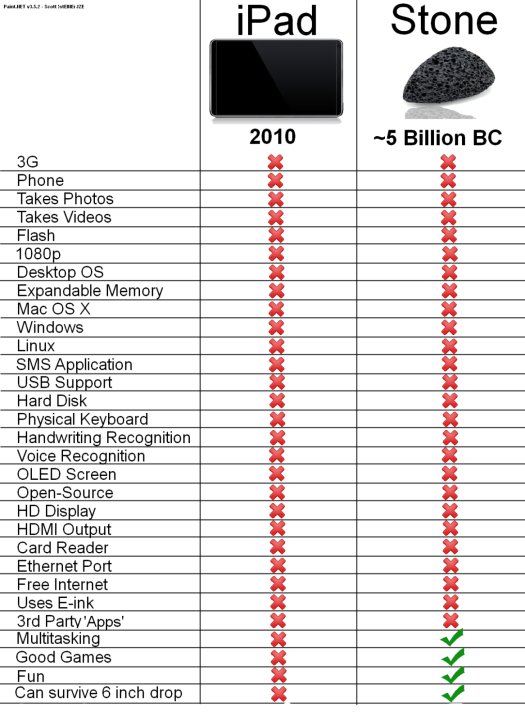 There are many reviews on iPad floating around on internet. It is being termed as the greatest invention by Apple by some. Whereas many people attribute it to as being a mere failure of Apple to bring out anything extraordinary. Whatever people say about itBut this one sums it all in one picture. Below is a side-by-side technical comparison of the iPad, released in January of 2010, and the stone tablet, released in approximately 40,000 BC. With due apologies to all Apple fanatics but we have a draw at our hands!

Do Your Laundry While Exercising With This Hamster Wheel Washer