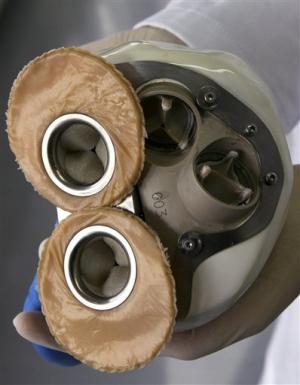 For all the bad news in medicine today — studies that cell phones might cause cancer, or that widely used flame retardants could have dire effects — there’s also a lot of good news. Recent studies have moved us closer to curing paralysis with nerve bypasses wired directly into the brain. And there have been a broad variety of new treatments for cancer devised; many involving nanoparticles.

Now the world’s first autonomous artificial heart can be added to that list.

Heart disease worldwide is the world’s top killer, ending 17 million lives a year worldwide. In 2006, a total of 2,200 heart transplants were performed, according to the American Heart Association. Many others, though, can’t get the transplant they need due to a lack of donor hearts. Their numbers, according to the AHA, are in the thousands, and many of them die due to complications while waiting. 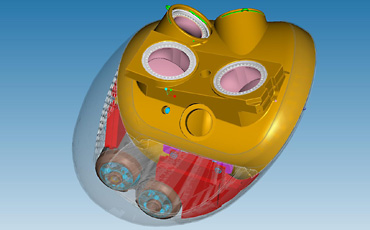 Thankfully, a fix may soon be in sight. French scientists have invented a working prototype of a fully artificial heart. The heart is based on bleeding edge technology found in satellites and aircraft. The heart beats nearly like its organic counterpart and operates using similar feedback as well. It uses electric sensors to monitor and control heart rate and blood flow. 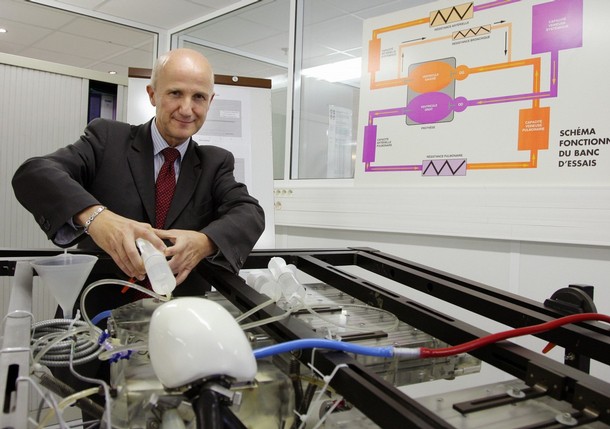 Carmat, the company who developed the device, with funding from the European space and defense group EADS, unveiled the heart at a Paris press conference this week. The device could save millions — and its all thanks to modern aerospace technology, according to Carmat’s top executives. Carmat’s chief operating officer Patrick Coulombier states, “It’s the same principle in the airplane as in the body.”

In the past there have been artificial hearts, like the much hyped Jarvik heart, however they were only a temporary fix while awaiting transplant. The key problem was that they could not adjust their pumping like a biological heart, and could only be adjusted externally. This limited their usefulness.

The new heart tries its best to model the real thing, and come awfully close. Tiny pressure and altitude sensors, developed for use in airplanes, feed information about blood flow to the heart. The device responds almost immediately, with lightening fast decisions to increase or decrease blood flow.

The device has been successfully tested on large mammals, and is awaiting permission to begin clinical human trials. Its makers are very confident that the device will be safe, long-lived, and will open undreamt of possibilities for people with heart disease. Initially it will be offered to those suffering from a massive heart attack or who had heart failure. However eventually it could be implanted in people with milder heart problems.