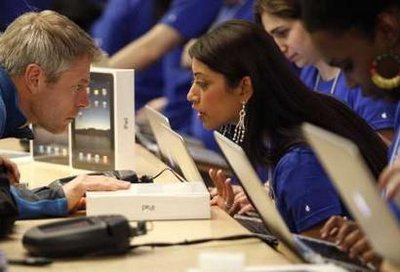 According to Philip Elmer-Dewitt , editor of Apple 2.0, “At least six analysts -Reitzes, Munster, Reiner, Fidacaro, Craig and Bailey – have raised their Apple (AAPL) share price targets (to $285, $284, $265, $260, $250 and $240, respectively).” De-Witt has also created a chart to track analysts’ iPad unit sales projections. Guesstimates in 2010 range from a low of 1.1 million (Oppenheimer) to a high of 7.0 million (Broadpoint AmTech). The projections for 2011 are more optimistic with a low guess at 3.5 units (Canaccord Adams) and 13 million on the high side (Brodpoint AmTech). See chart below. 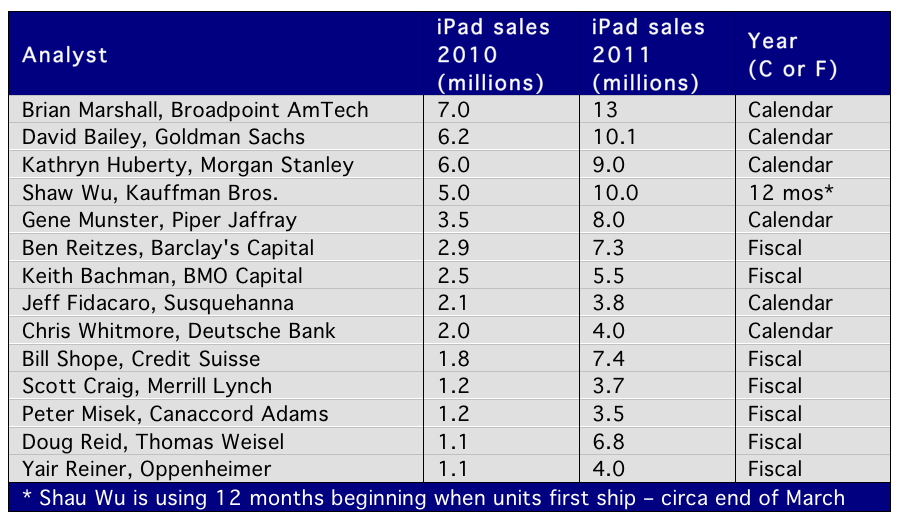