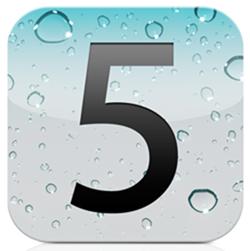 Apple has released iOS 5 GM IPSW for iPhone, iPod touch and iPad for developers and non-developers as a final version of iOS beta 5. It seems that new Apple’s iOS 5 GM is quite similar to iOS 5 final version. So before getting it you must know that which new features are added into iOS 5 GM.

When Apple has introduced iOS 5 at WWDC 2011, at that time it has also launched seven betas for its developers but most extensive iOS update does not shock users. And! Now at last iOS 5 GM came into existence and you can try it even if you are not registered developer.

Besides iOS 5 GM ipsw, Apple also introduced beta firmware for its developer users that are in iPhone Developer program. Registration cost is $99 that you have to pay after every year but non developers don’t want to pay this cost. Well! If you are not willing to pay but also want to get it then luckily you are at the right place. You can get iOS 5 GM IPSW with free of cost from the links given below.

Top 10 Best Roads For Driving In The World