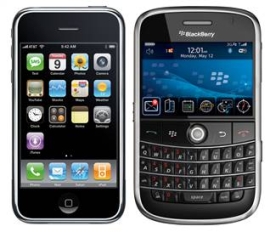 According to Pacific Crest analyst James Faucette, international carriers are reportedly dropping their iPhone 4 prices, leading to a month-over-month sales increase in markets such as Western Europe.

The device is also believed to have achieved a meek gain in sales volume from May to June in North America, although shipment numbers remained flat in some markets. Reports suggest a few of Apple’s competitors have not shown such strength in the smartphone market.

Estimates for RIM’s handset distribution point to a decline in BlackBerry sales from May into June. PlayBook sales were also expressed as “poor,” despite RIM’s promotional efforts to match up the tablet with a BlackBerry Curve in Europe.

Simply Beautiful: 20 Strangers Asked to Kiss for the First Time