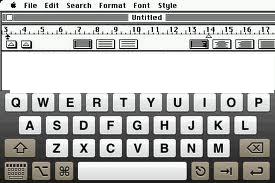 It sounds strange to run a Mac OS on iPhone, iPad or on iPod touch, but it is possible to run a classic Mac OS on iPhone. Macintosh Plus is required to run Mac on iOS device directly. You need to have a jail broken iPhone or iPod touch, Mac plus ROM image, mini vMac and disk image which you will use for Mac software. These will help you in running classic Mac OS on iOS devices and here is the simple guide line to perform this function.

After doing all these steps, you will see the addition of Mac OS in your iOS device, and you can use it as you would like to.

iTunes 10.5 beta 4 is now available for Windows and Mac