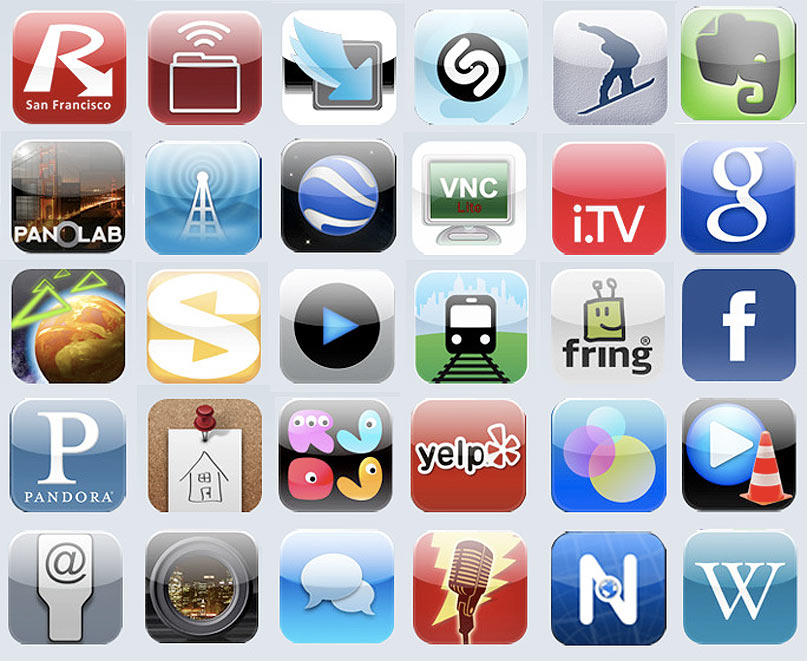 The iPhone is a great device, but the App Store has made the advancement in iPhone. As the thousands of developers through their creativity make changes in the device.

There is a list of 10 apps that ranges from software to musical instruments to games as they are considered for their quality, innovation and other achievements.

For the book readers Stanza has soared in popularity, and iPhone is competing Amazon’s Kindle. Stanza also expanded its store for iPhone users to purchase commercial titles.

By downloading Say Where on your iPhone, users’ speech into queries for Google map, Yelp, Traffic or Yellow pages are translated.

Through NetShare you can wirelessly connect your iPhone with that of the modem but this app was banned later on by the Apple because AT&T terms of service agreement was violated by NetShare.

If you hold the iPhone up to the speaker and play any unknown tune the Shazam app will identify the name of the singer, album etc.

It is a creative iPhone app as it let the developers to have enough imagination.

By downloading TapTapRevenge it allows you to download new tracks to tap to, similar to Guitar Hero and Rock Band’s music store to your iPhone.

It is actually a well designed game and it is to move around the puzzle pieces. Actually there are three games in one.

Through this application you can download free music, video and others on to your device.

You can freely download the Google earth application into your device and search for anything with one click.

How to Take Photo in iOS 5 Using iPhone Headphones