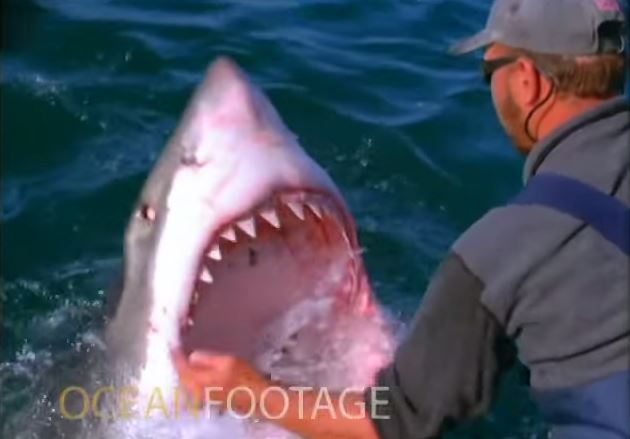 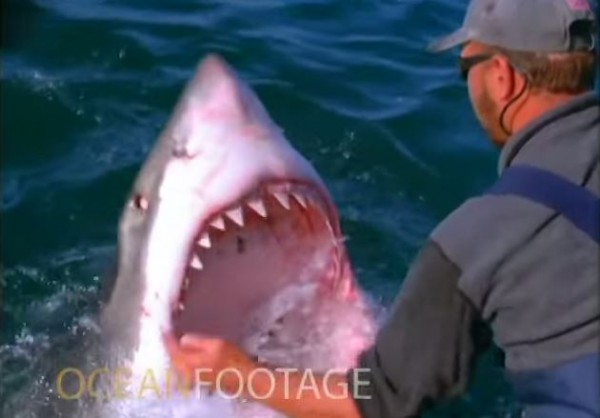 A shocking video filmed in 2009 of a man apparently trying to pet a great white shark has gone viral on the Internet. The footage which seems to have been stood unnoticed until now has many people wondering who had the audacity to even think about doing something as evidently crazy as this. A report by the Mirror UK however revealed that the incident happened in South Africa and the unidentified man is a fisherman out at sea.

The news story shares that the man was challenged to a bet by one of his friends for a sum of $1600. Luckily for this man, he was able to both win the bet and keep his life.

In the short video which lasts for 20 seconds, the shark is seen very close to the boat and evidently, in no mood to play. Many commentators of the video says that if it was given the opportunity, it would have torn the silly man into shreds. The man pats the great white shark multiple times, sometimes his hand barely misses the grasp of its mouth.

Towards the end of the video, he is seen pushing the shark away from him in a manner totted up a nonchalant. So far, the video which was uploaded by Nature Footage has received over 850,000 views.

Check out the video that was uploaded below.

10 Creative Pies That Are Almost Too Cool To Gobble Up

This Yacht Is Definitely The Best Party Vessel Ever Designed!