Next-Gen Virtual Reality is on the horizon

We’ve seen some impressive advancements in VR technology within the past five years. We’ve gone from attaching your smartphone to a pair of goggles to setting up camera base stations to track full-body movements. And, all the while, VR headsets are becoming more accessible to people.

But, this has only been the experimentation phase of VR. If you’ve owned a headset within the first wave of VR, you know many of the technical quirks many of the devices share. However, the second wave of VR is on the way. Vivecon 2021 is scheduled to take place May 11th-12th, with a new headset likely to be unveiled then. Facebook has said they are continuing work on new Oculus Quest hardware for 2022-2023. Even Playstation has unveiled their PSVR 2 infrared controllers, which make vast improvements over the previous model.

So what should improve with the next wave of VR? What features should stay the same? Let’s look at some of the features I’d like headsets to focus on in the next few years.

When talking about the issue of tracking, I’m reminded of the original Nintendo Entertainment System Controller. This controller was incredibly simple, with a D-Pad and four buttons for inputting commands. At first, the binary “up, down, right, left,” commands of the D-Pad were acceptable, as most games wouldn’t demand very complicated movements. However, as time progressed, difficult games like Mega Man and Ninja Gaiden would demand more from players and show the limitations of the controller hardware.

The same principle applies to VR. For early VR games, interacting with a static environment was half the fun. It was still whimsical to pick up an object in a VR environment and inspect it up close. But the novelty is wearing off as people are becoming more accustomed to VR and games like Beat Saber and Pistol Whip are demanding more and more precise movements from players.

Achieving precise controller tracking should be a number one priority for any new VR device. VR headsets shouldn’t need to have very specific lighting conditions or narrow cones of tracking precision. Having your ability in games be limited by hardware will always feel bad. Period. We saw this when Sega didn’t add the second analog stick on the Dreamcast, which effectively cut the console off from what was quickly becoming the most lucrative video game genre of the 21st century: first-person shooters.

VR is unique in its ability to blur the line between reality and simulation. Games will be focusing on stretching the limits of this line. Having that immersion shattered by a controller not tracking correctly is incredibly frustrating. This should be a top priority for future headsets.

VR controllers are voracious consumers of batteries. A standard VR controller takes AA batteries that are housed in the handle and require replacement at around 20-30 hours of use.

We saw a similar issue in the seventh generation of video game consoles, where Microsoft’s XBOX 360 and Nintendo’s Wii controllers went wireless but required batteries to operate. The industry quickly transitioned to all having rechargeable controllers in the eighth generation of consoles and that’s been the standard ever since.

Having rechargeable VR controllers is the next step. On top of the environmental benefits, VR controllers are often whipped around and can sometimes run into issues where the batteries are briefly knocked out of place and the controller suddenly dies. This needs updating.

With how close your eyes are to the VR headset screens, having a high resolution and refresh rate is essential for extended use. The impressive (and expensive) Valve Index boasts 1440×1600 per-eye resolution and a 120hz refresh rate.

A higher resolution is needed to avoid the “screen door” effect where you can see individual pixels of the display screen as if you were looking through a mesh screen door. Refresh rate is also a considerable factor in VR headset displays. Refresh rate is how many times the display updates to show a new image and will help smooth out the motions of what the screen is displaying. For normal monitors, you may not notice the benefits of a higher refresh rate. However, in VR, lower refresh rates become immediately noticeable due to its ability to simulate real life. Movement and looking around is jarring at lower than 90hz, which leads to motion sickness and fatigue.

In future headsets, 120hz will become the new minimum standard. If a headset isn’t capable of extended use, it won’t be able to compete.

It’s no big secret that VR headsets aren’t particularly comfortable. Red marks on the forehead, the temples, and the back of the head are common after extended usage and oftentimes one will leave a VR experience with a particularly sore neck.

Using VR certainly isn’t like just wearing a hat. Looking around with the added weight will put strain on the neck and the tightness of the VR headset will often cause headaches. The difficulty in developing VR is balancing newer, more advanced technology and adding too much weight to the headset. Still, there’s definitely more that can be done with headset comfort. Whether it be cushioning certain areas that contact skin, or not clamping the headphones too hard on the ears, headsets need to always be comfortable to wear.

There are no new technological advancements that can be made to a VR headset that can come at the cost of comfort. 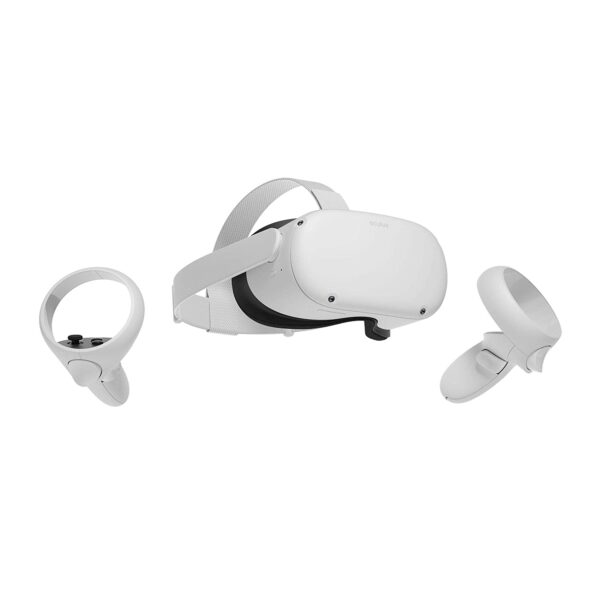 Finally, the biggest problem with VR: the price.

With most VR headsets coming in at $300+, it’s a high ticket for entry. Part of the issue is that VR headsets do not play games on their own and require a gaming desktop that can handle more intense graphical processes. This means spending likely over $1000 on a gaming desktop on top of the VR headset price. Having a headset also means having a comfortable play space, which many people don’t have.

We can’t expect VR headsets to quickly go down in price as the technology improves, but we can look toward the headset which offers a lower bar for entry. The PSVR 2 is perhaps the most interesting contender on the horizon, as it will have sophisticated in-headset camera tracking and be operational on the PS5. A functional VR setup may therefore be available in the next year or two at under $1000.

The Oculus Quest line has always been fairly priced for the product at around $299. With the Oculus Quest 3 being on the horizon, it may be possible to get a sophisticated headset at a very fair price, if one already has a gaming desktop.

The further development of VR continues to be an exciting frontier of future technology. I encourage anyone interested to sign up for ViveCon in order to keep up to date with the most recent headset announcements. E3 is also on the horizon, and who can know what impressive new VR tech will be announced then.

Vivecon 2021 Wrap-up & The Next Generation of VR Headsets